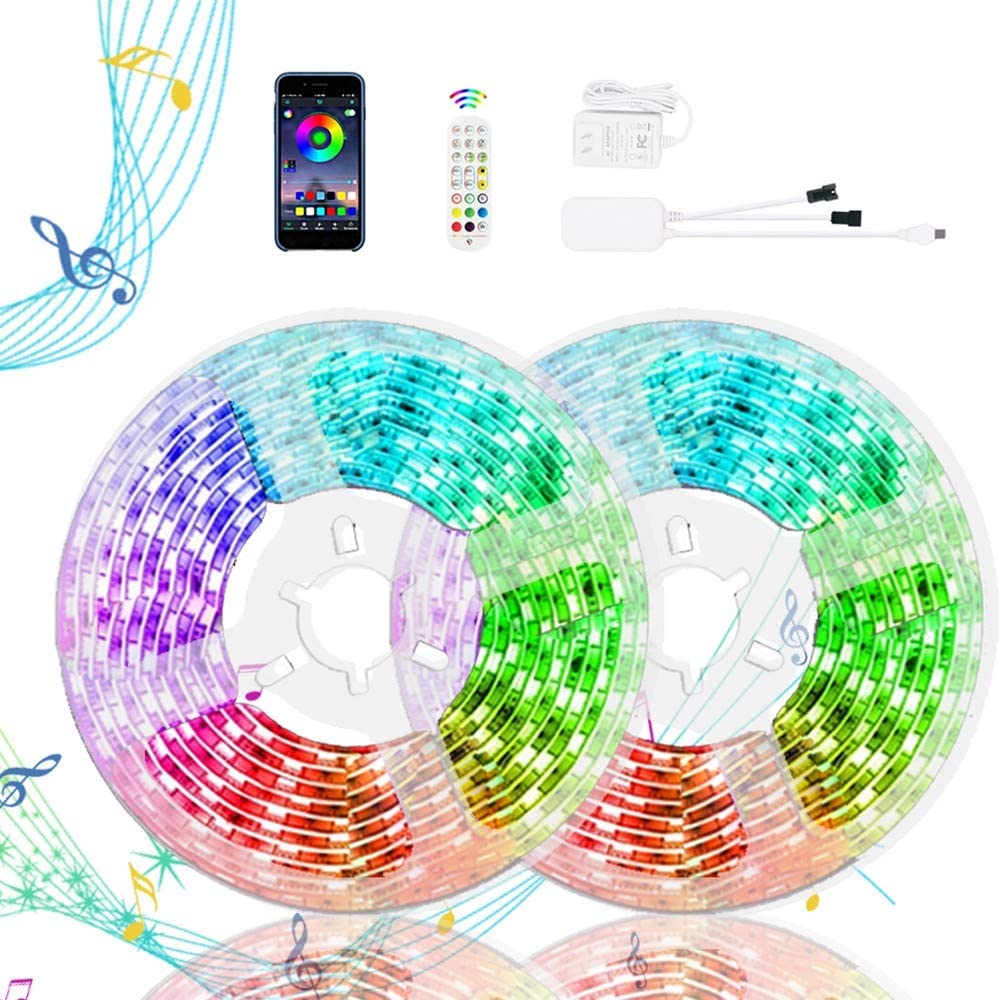 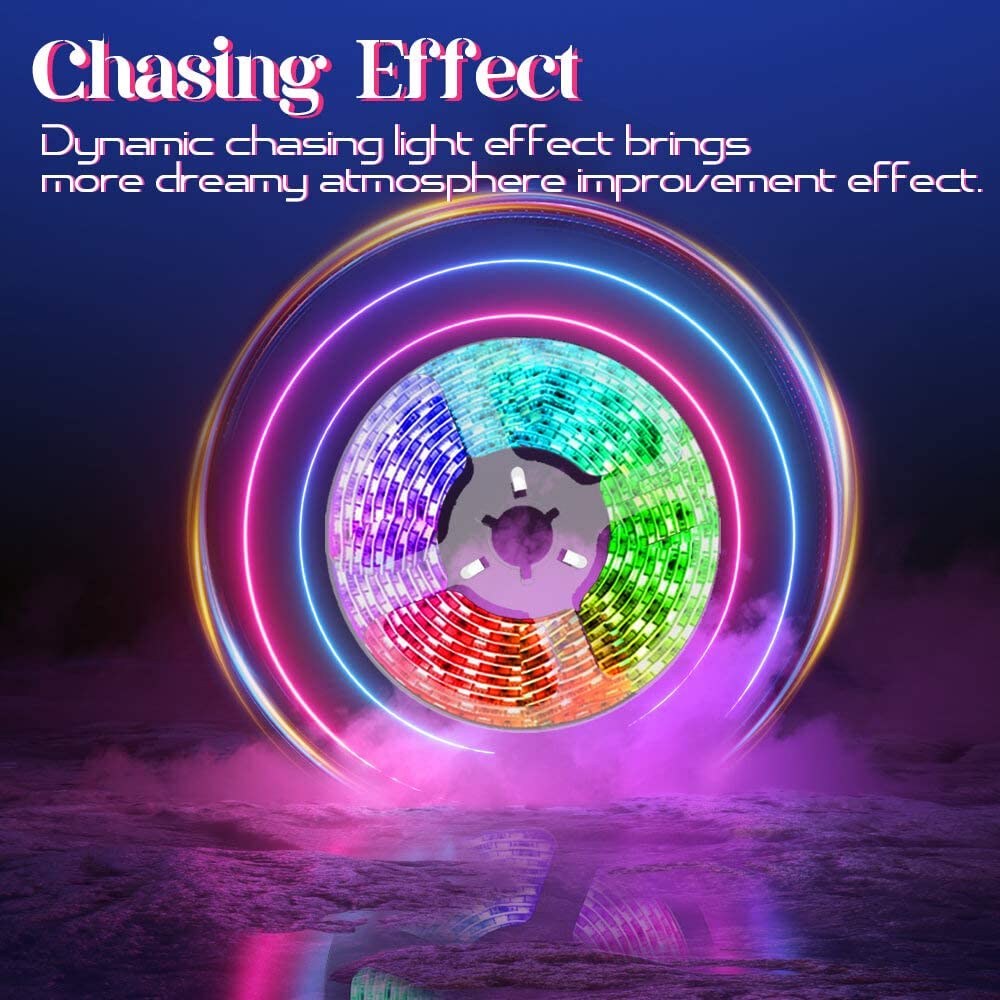 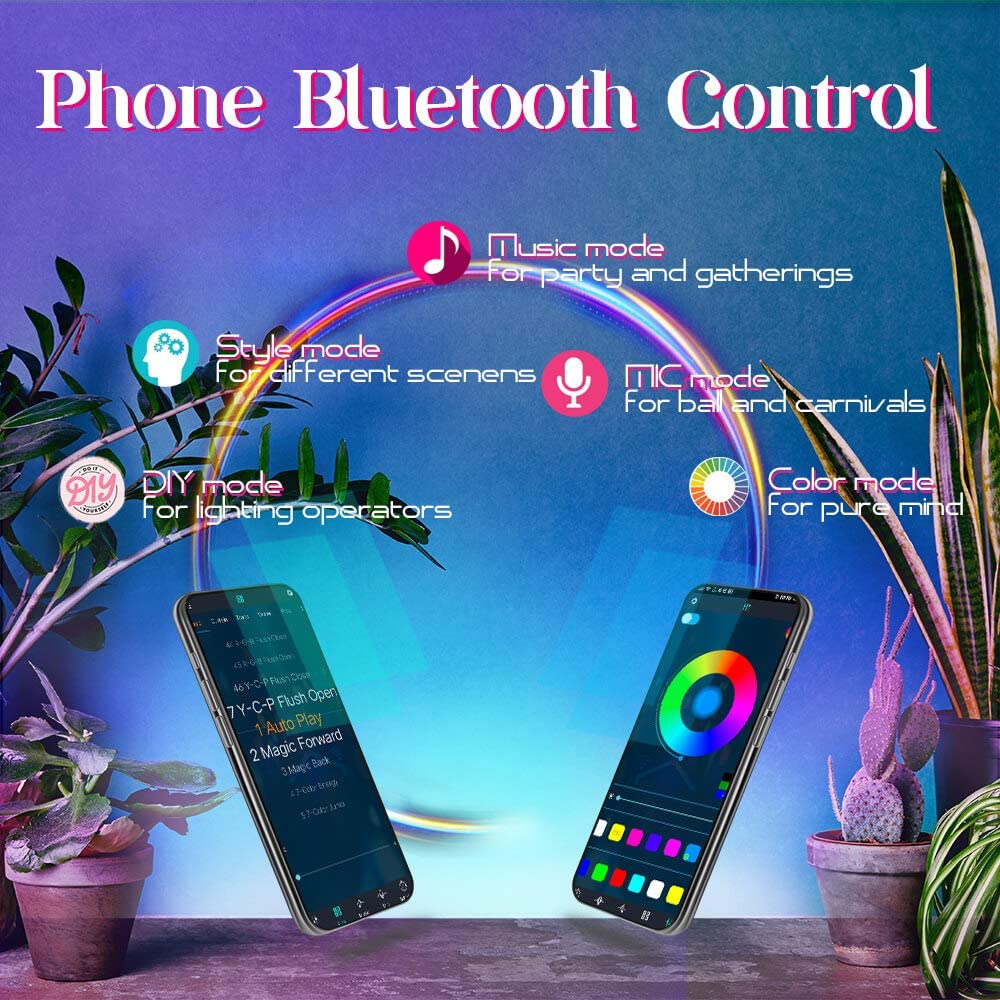 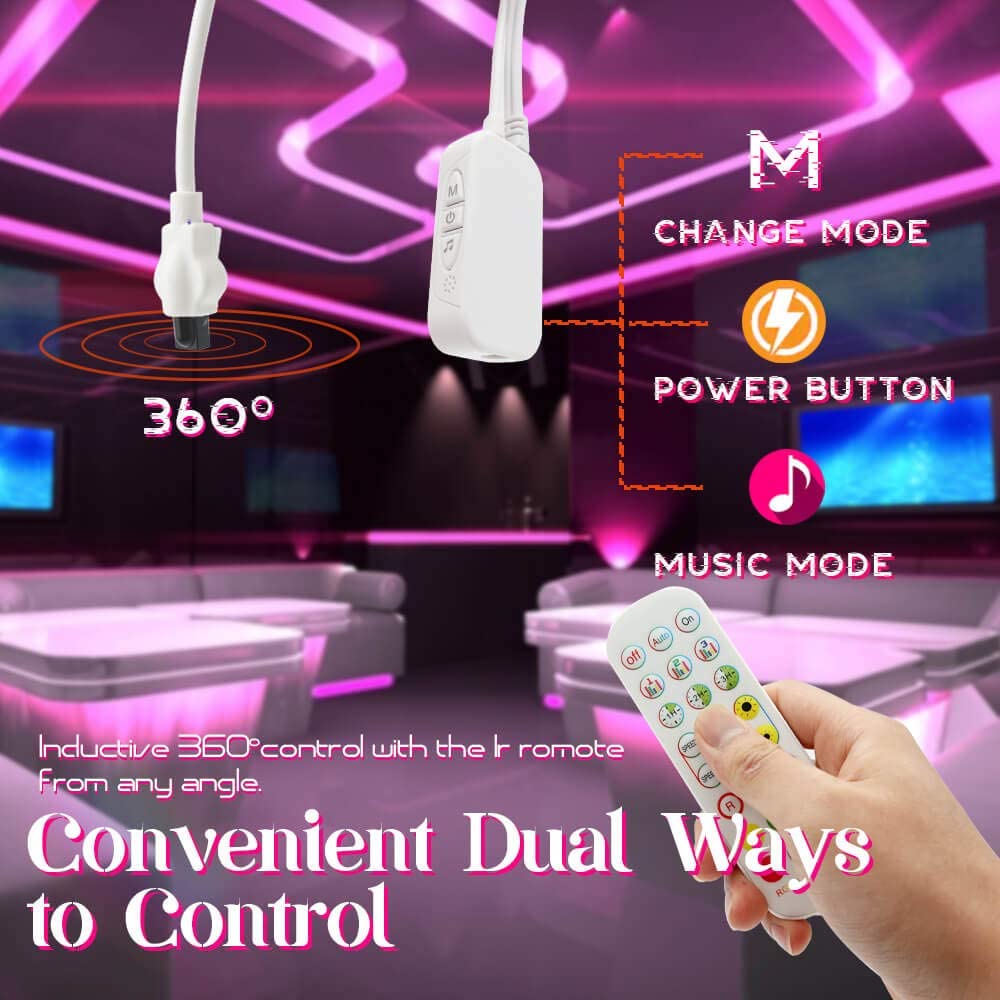 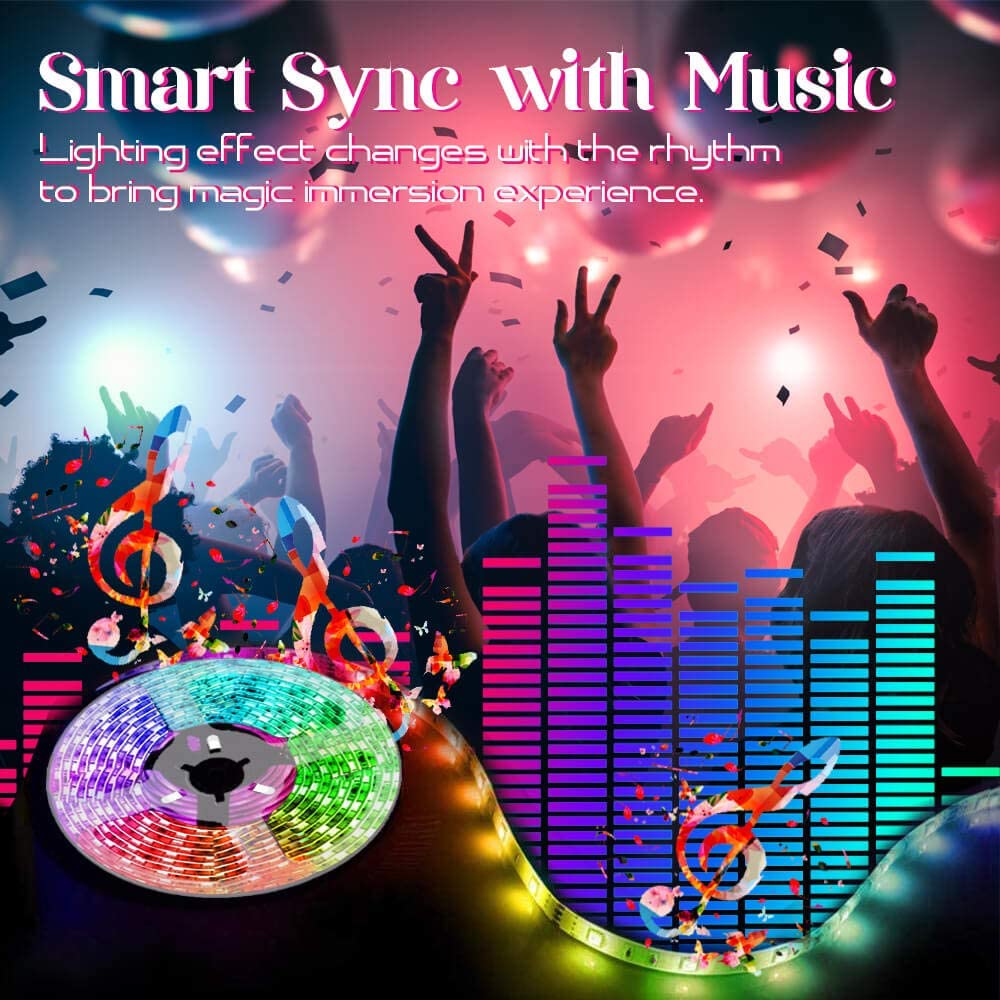 LED Strip Lighting 50ft CHASING EFFECT COLOR-CHANGING LED GAMING LIGHTS – the outdoor LED strip lights can be controlled using a smartphone and has several features. The color-changing modes are a wide variety of colors and add vivacity in any room. Select from white, red, blue, green, and the premium chase color effect. The RGBIC dream-color mode is only found in the best LED lighting accessories as it can light up several colors simultaneously.
LED STRIP LIGHTS 50 FT – unlike most strips, this is longer and sturdier to make it last more prolonged periods. Less superior living room lights are 16.4ft /32.8ft. Chasing Effect tape lights are long enough for application in the office, halls, or large rooms where you are far from the socket or electricity cable. Avoid tangled wires as you relish in the convenient and portable light strip.
EASY TO SET UP, POWER UP, AND CONTROL – enjoy blissful LED lights with comfort and convenience. The dreamcolor under cabinet lights can be controlled using a smartphone/controller, Bluetooth App, and a remote. This makes it easier to adjust the settings, switch from one mode to another, and memory function. The led lights also have a UL listed power adapter that prevents short-circuiting.
MUSIC SYNC COMPATIBILITY – we design the waterproof led light strips with remote control for indoor and Outdoor use. Whether it is to turn up the party or decorate a room, trust the light strips to enhance the mood. The microphones are precise and sensitive, changing the colors according to the beats. You can adjust the lights’ setting to change according to music, a specific order, or randomly.
SATISFACTORY PURCHASE – we strive to make sure we deliver a lighting accessory that is safe, effective, fun, affordable, and durable. The lights are set to create a calm atmosphere for a fantastic visual experience. Kindly get in touch with our friendly customer assistants for any concerns, and we will leave a helpful and quick response.
Luces LED para Decoracion Habitacion 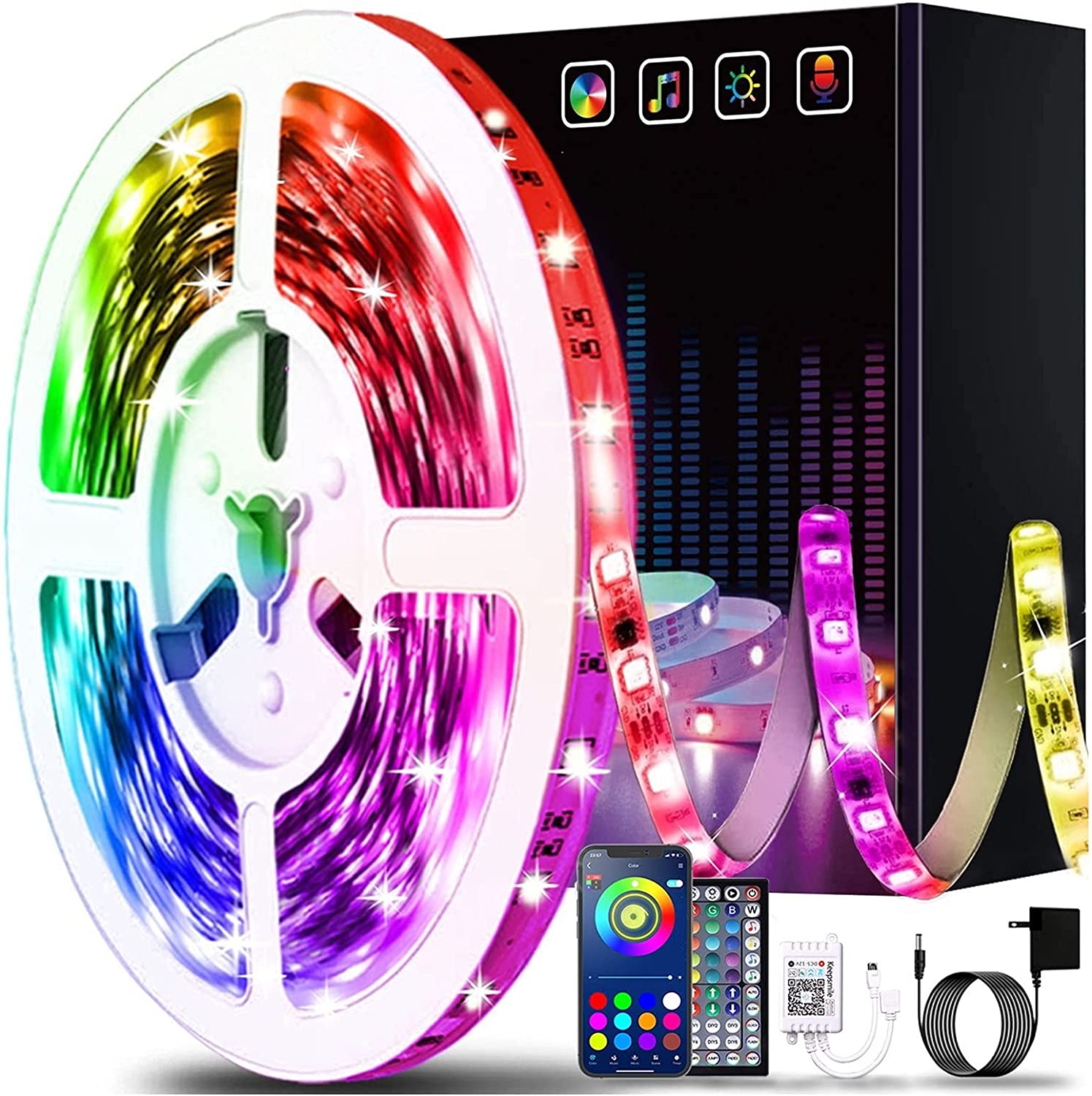 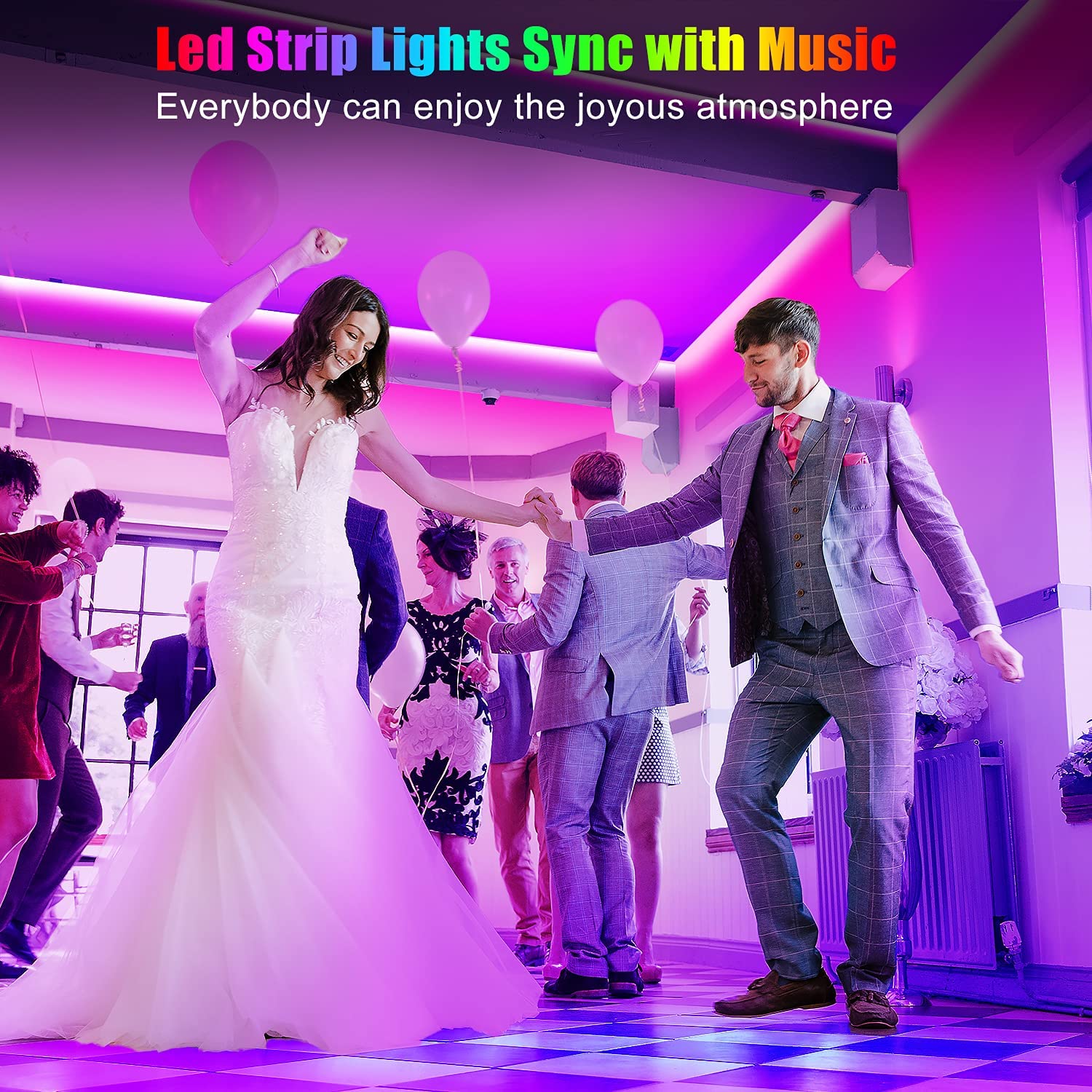 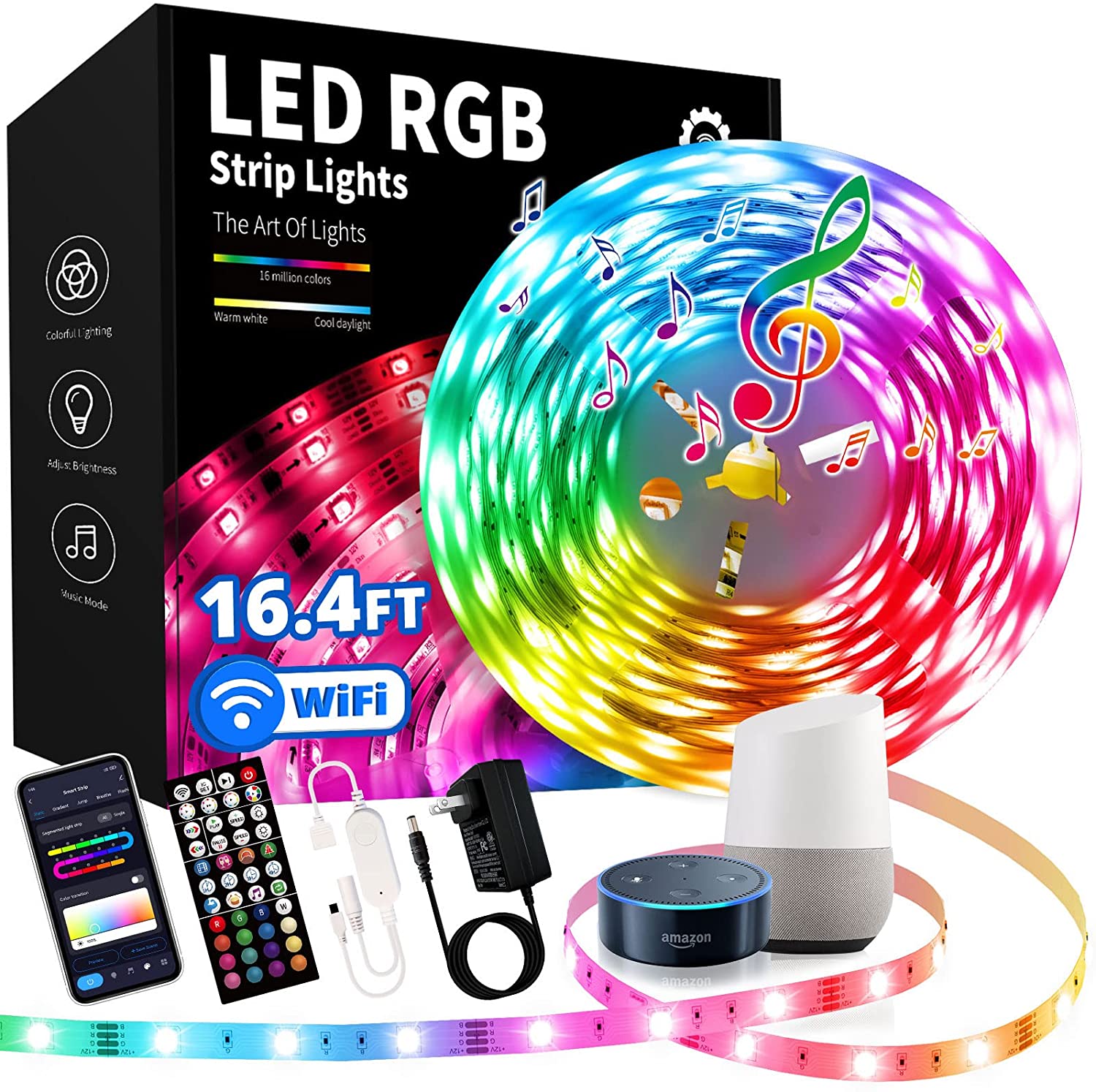 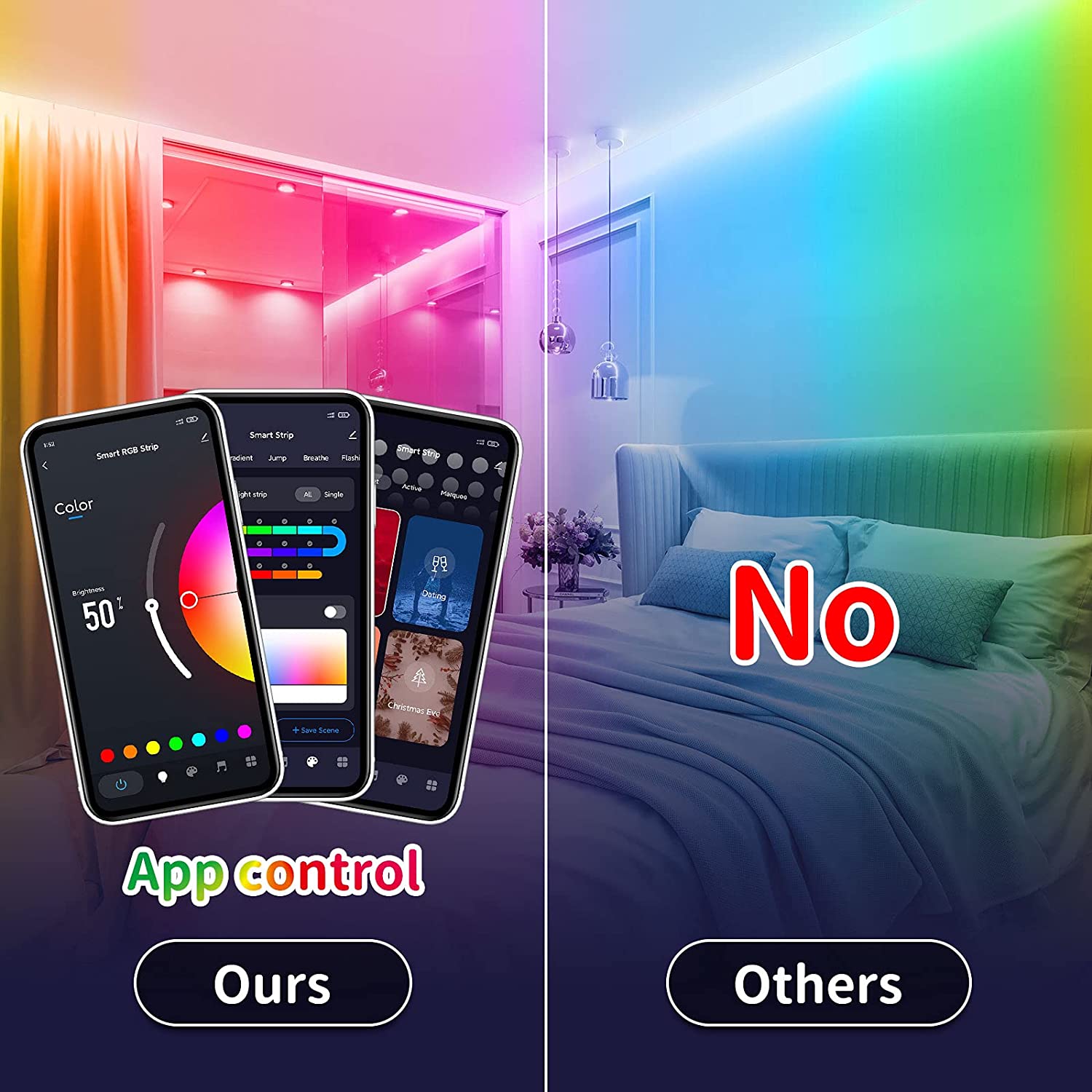 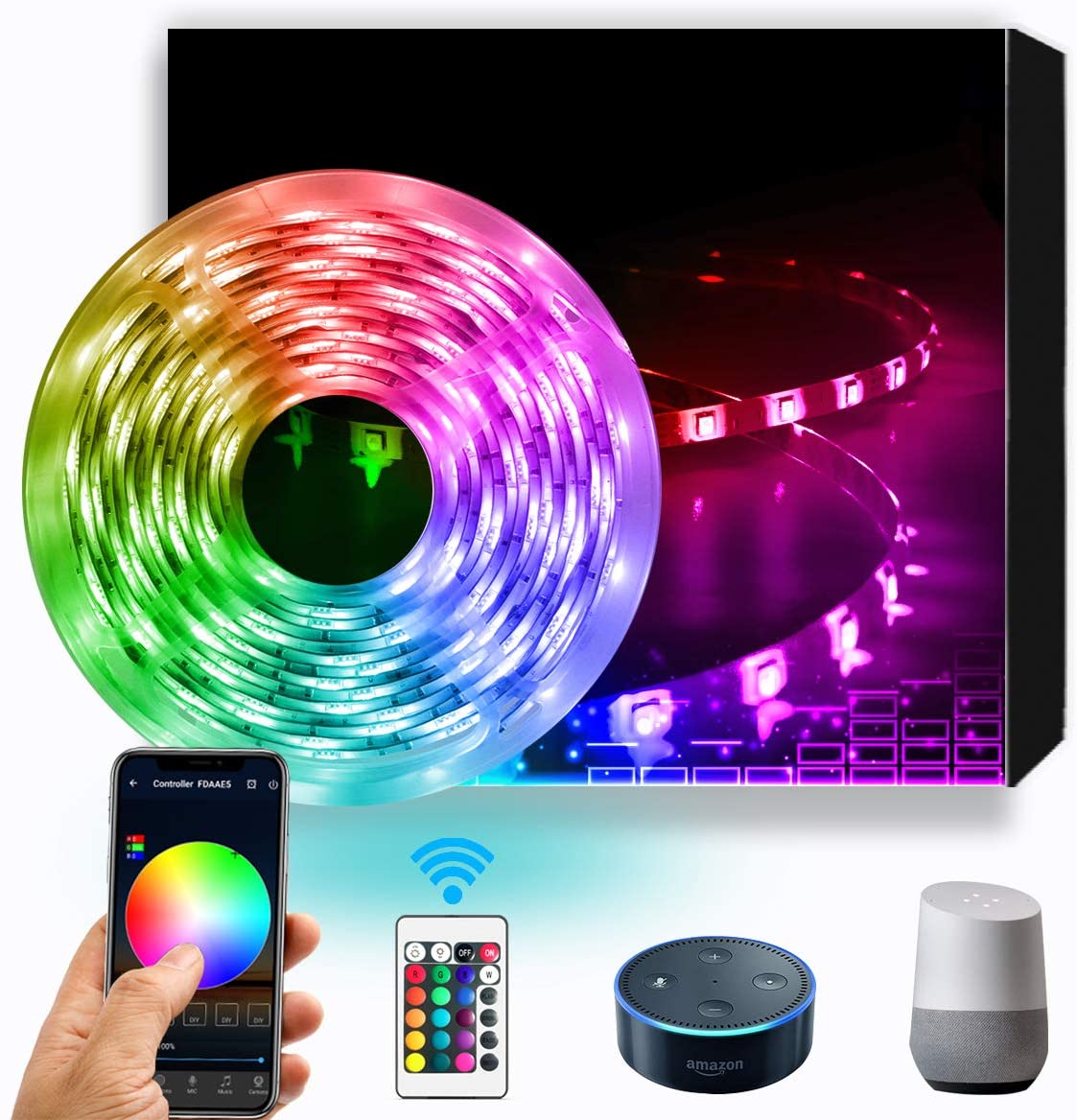 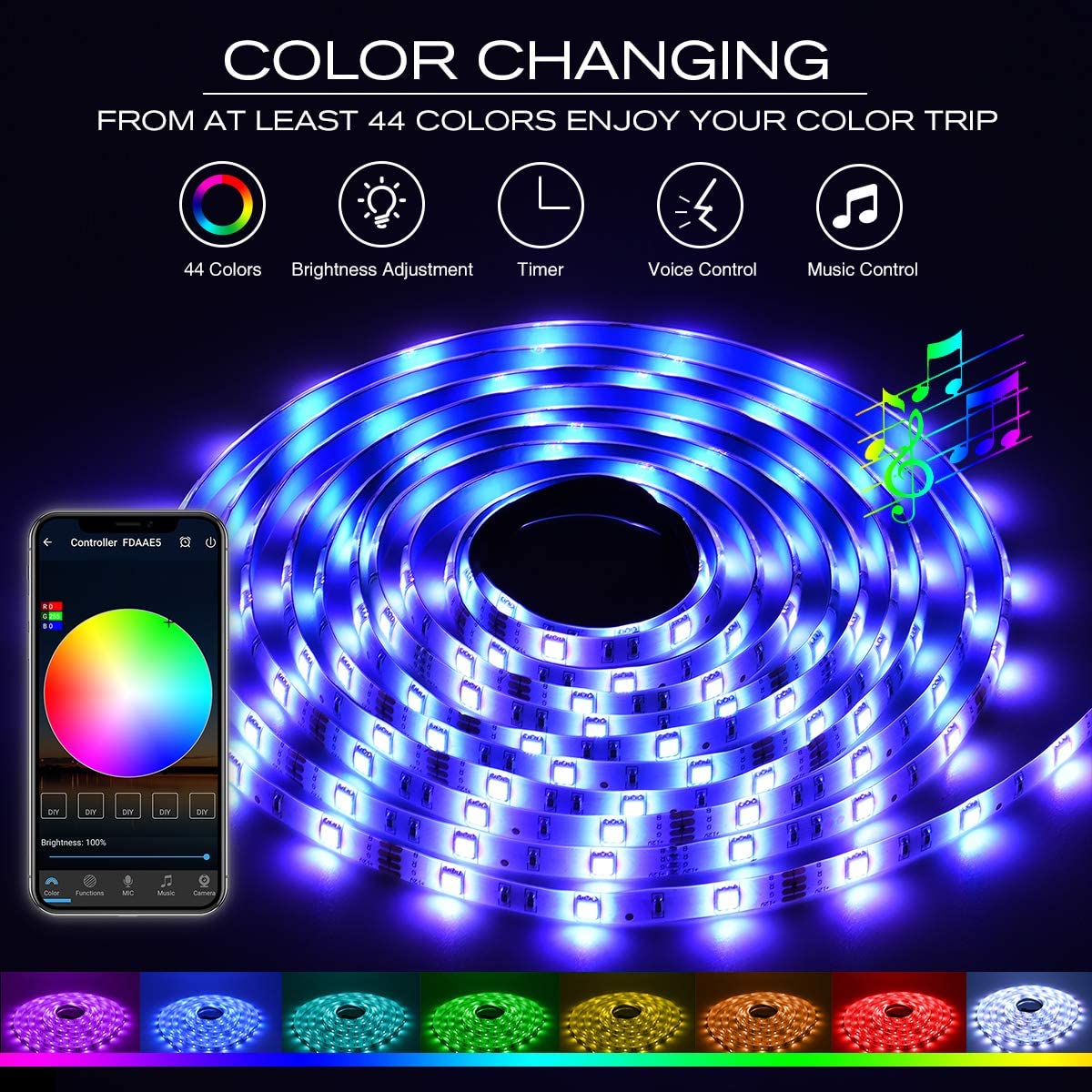 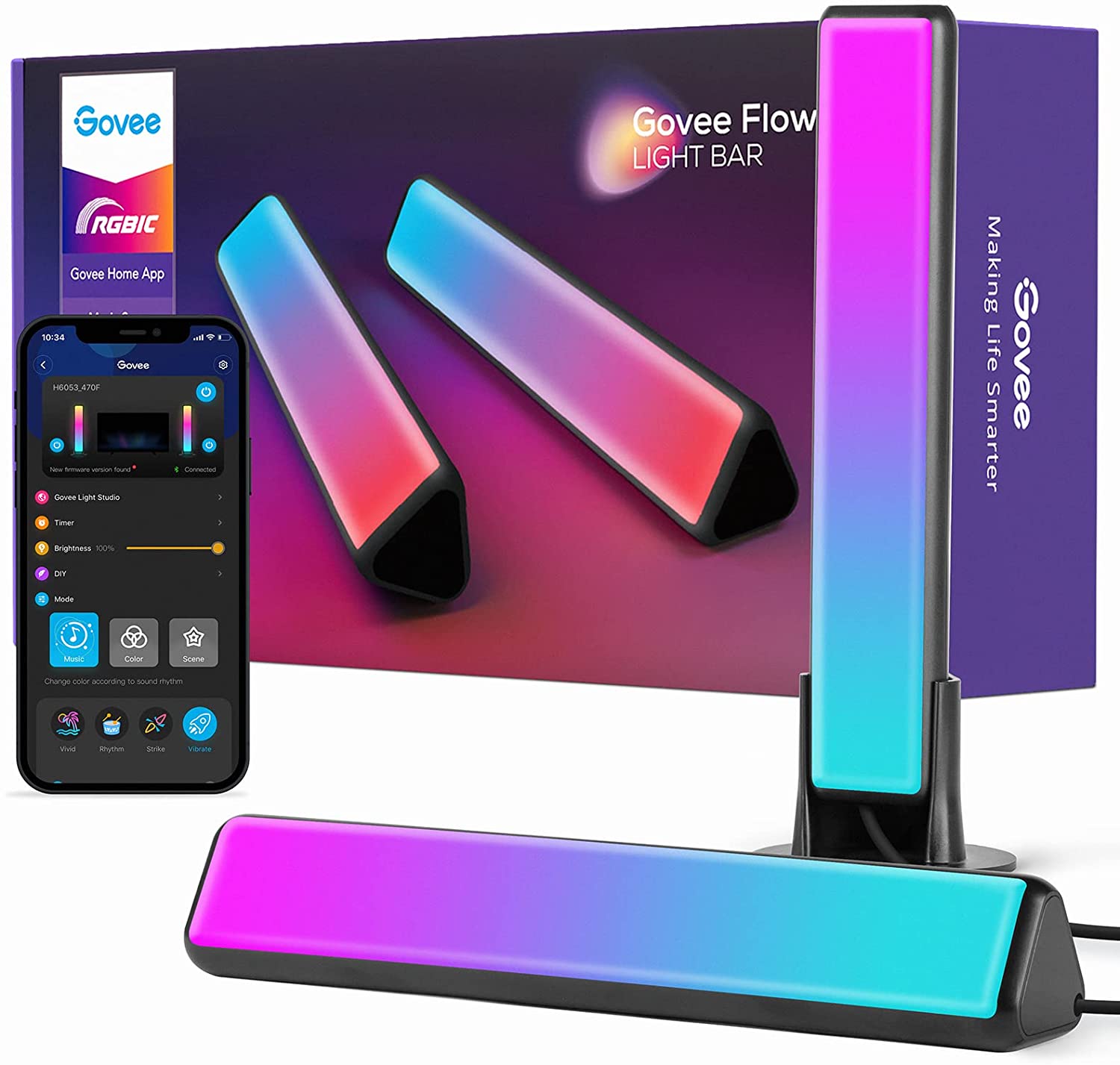 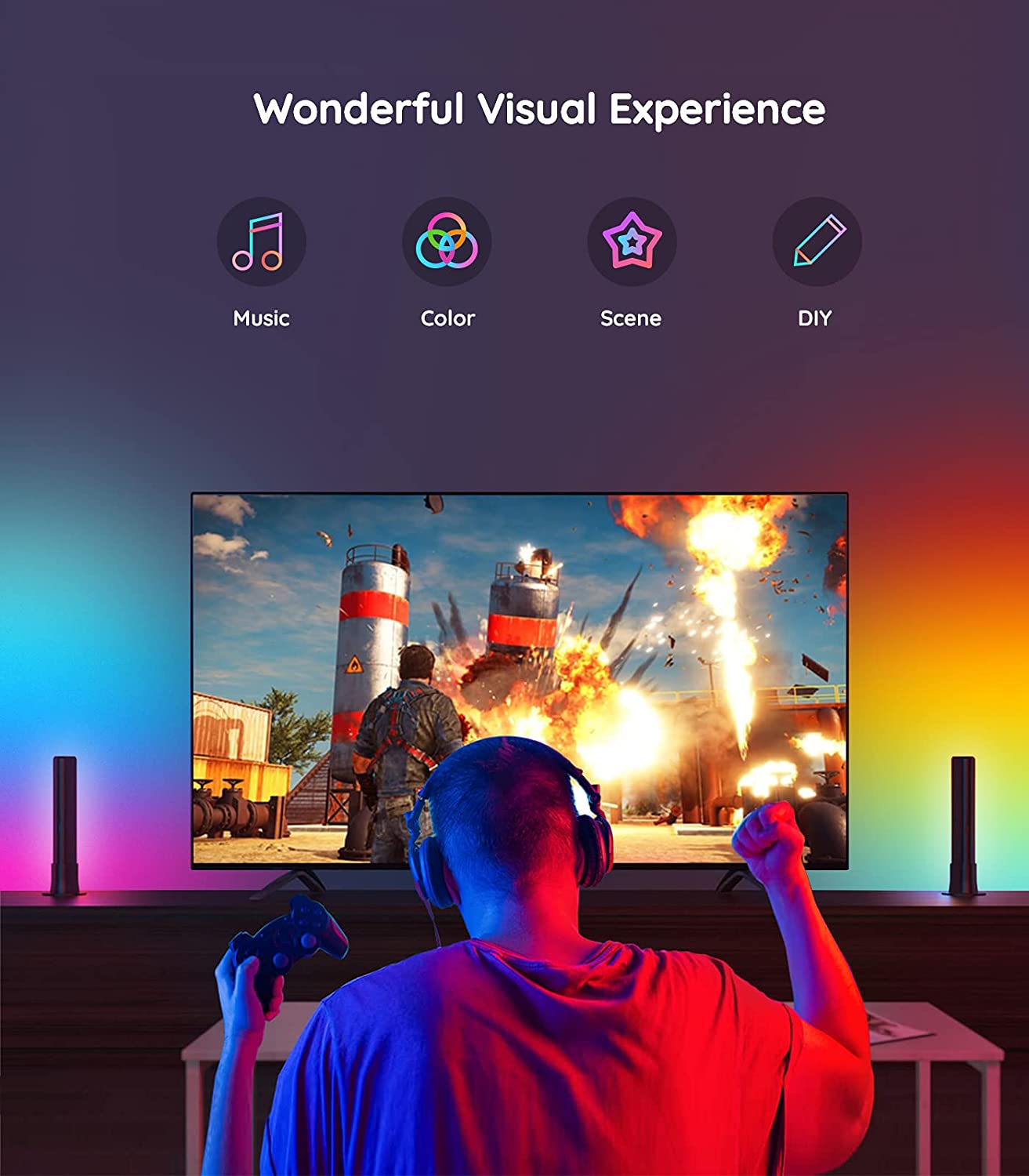 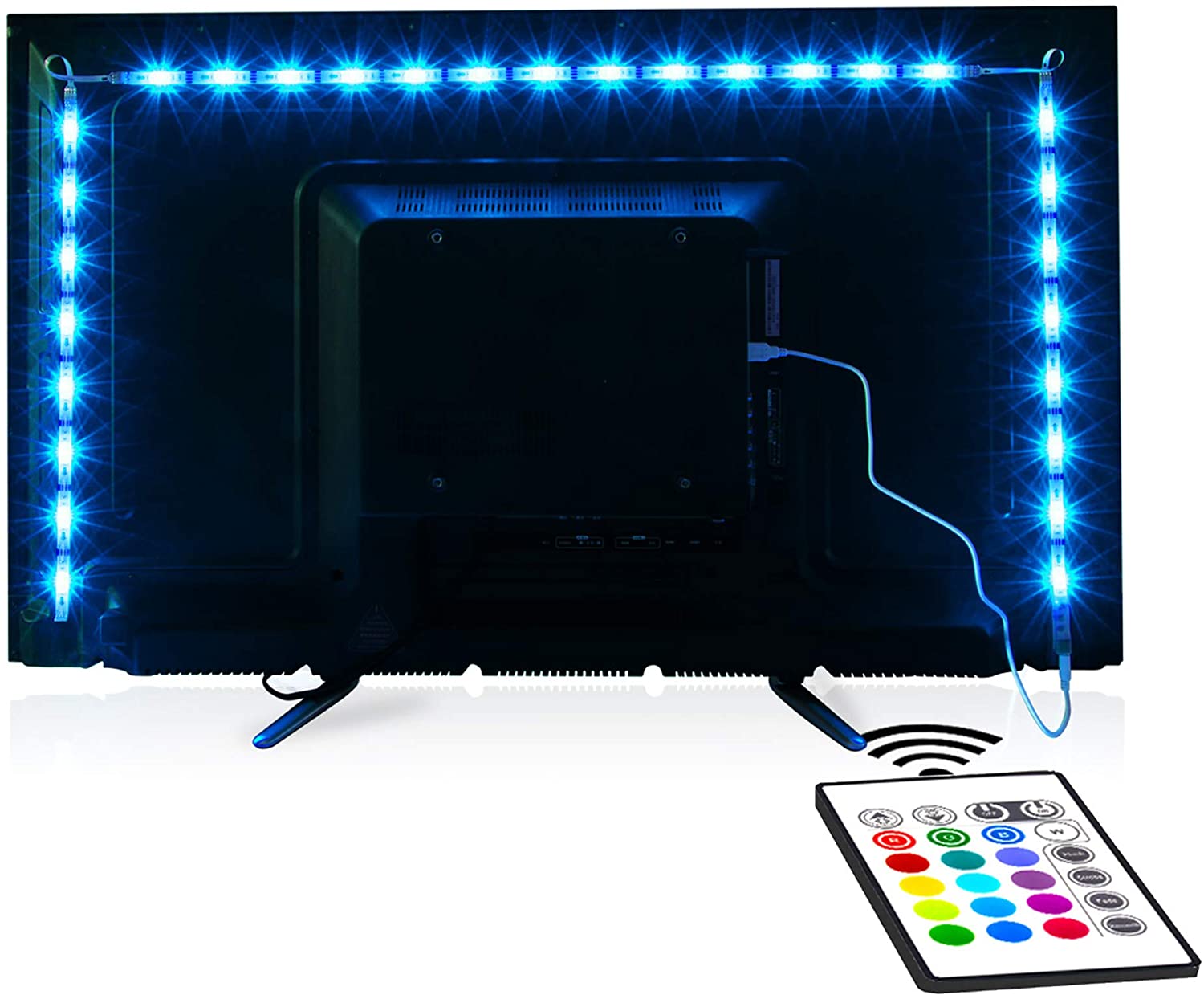 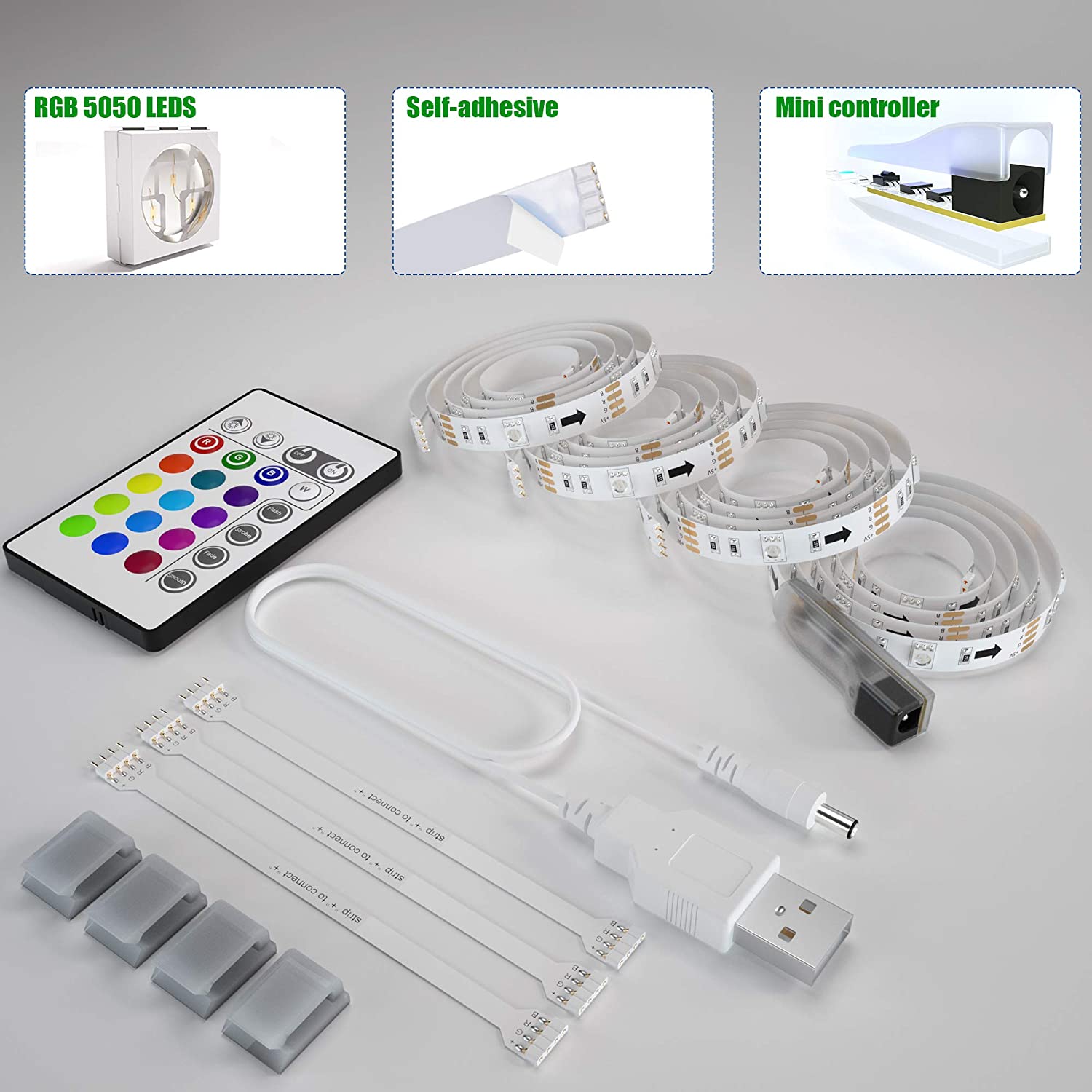 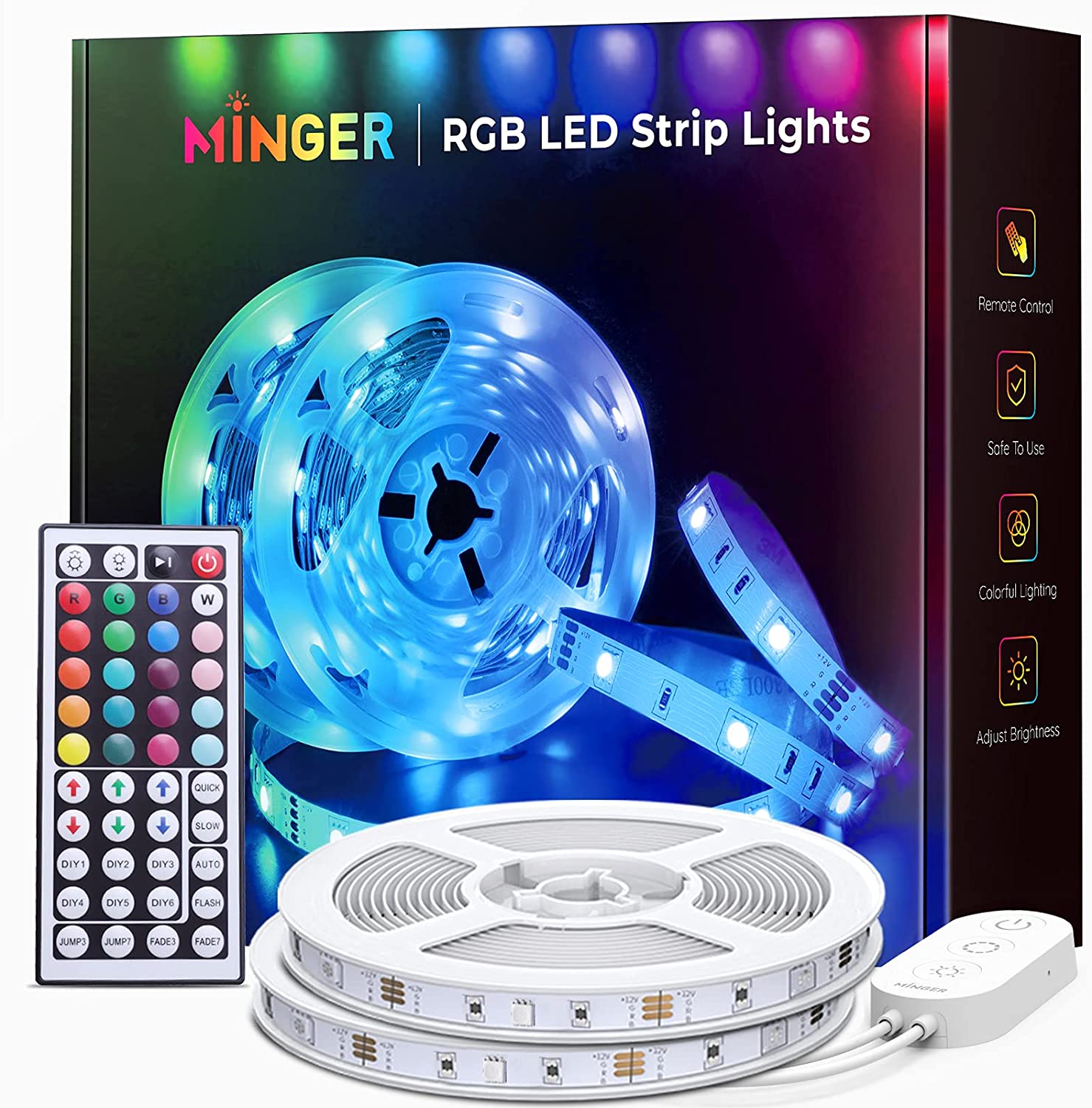 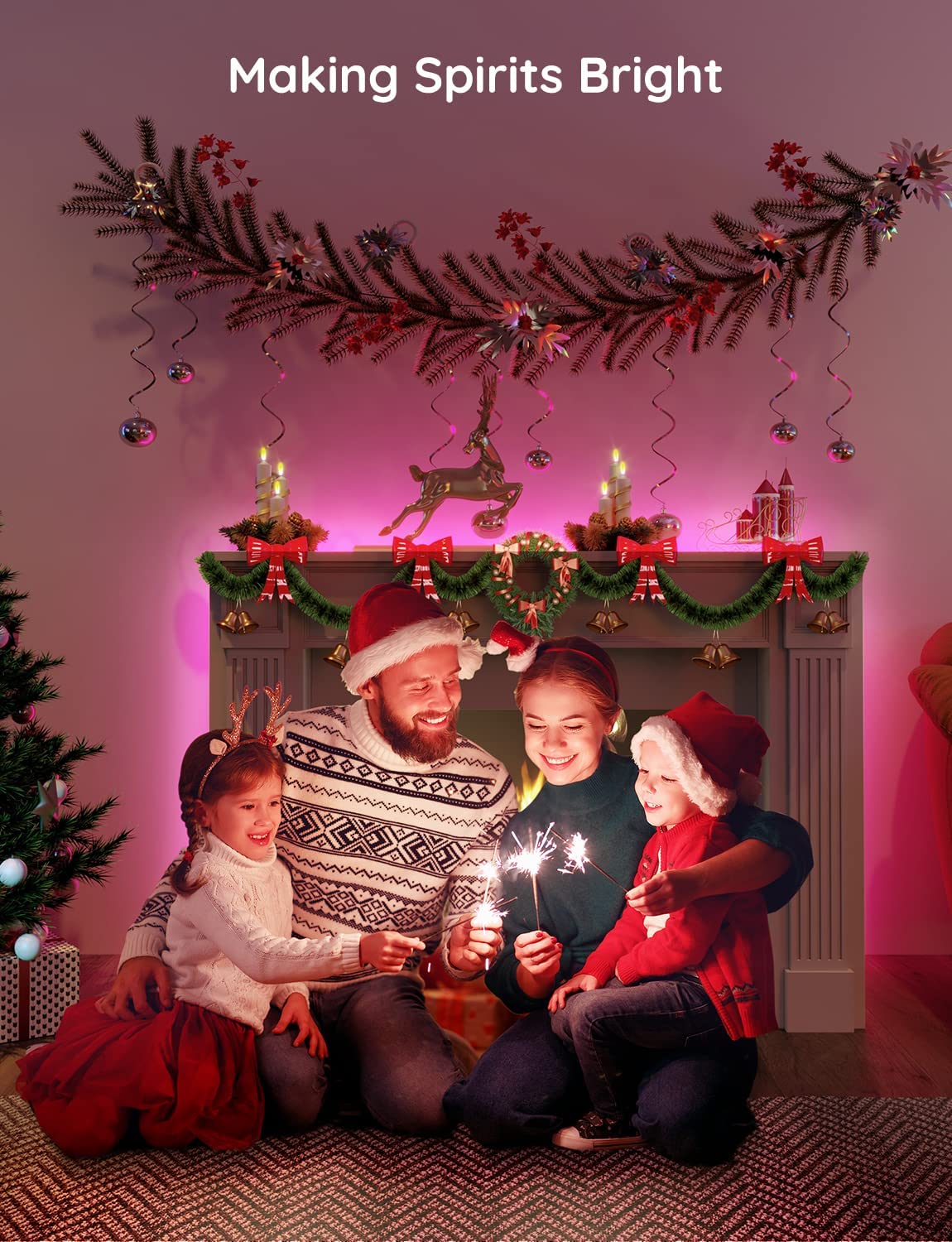 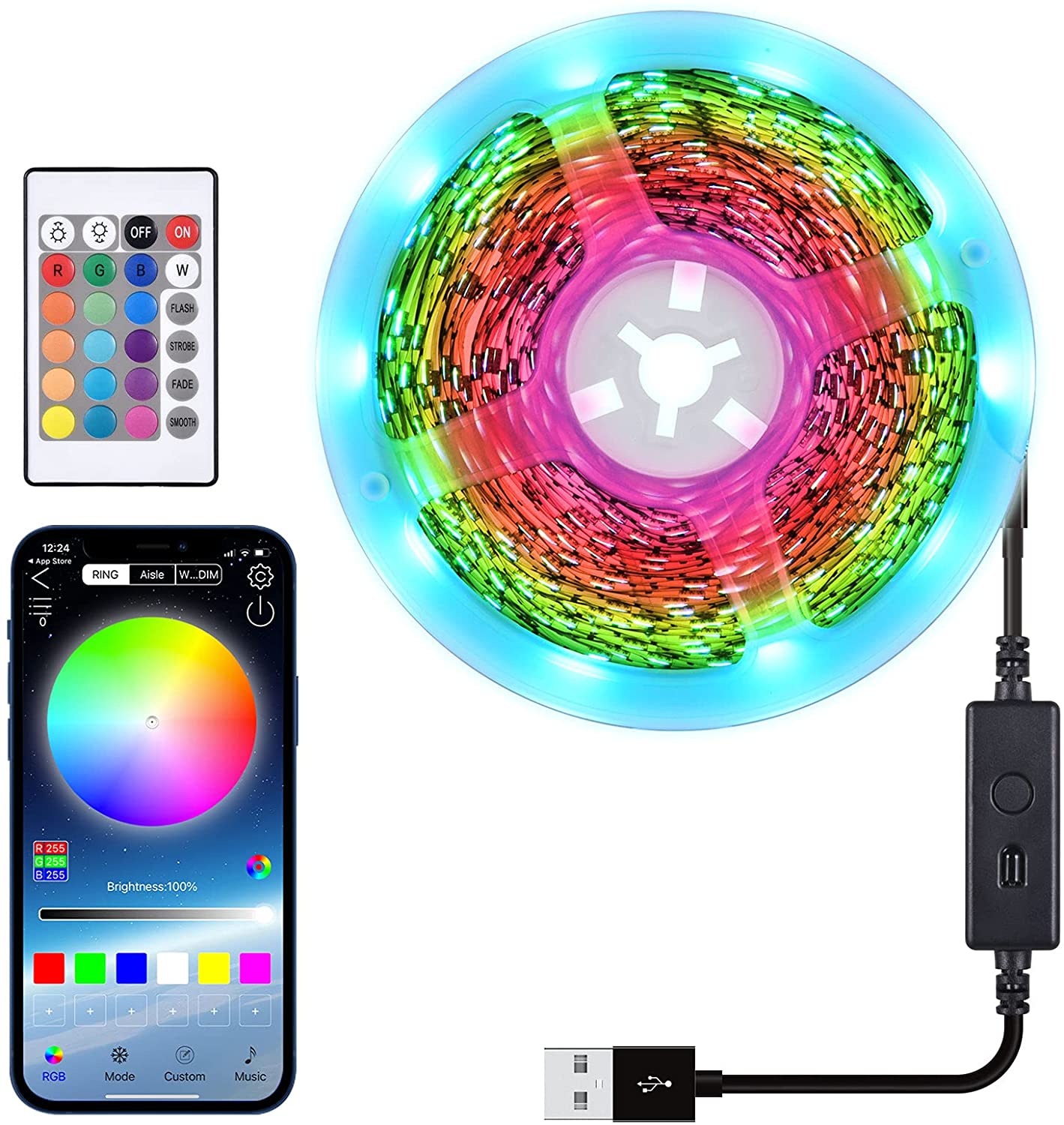 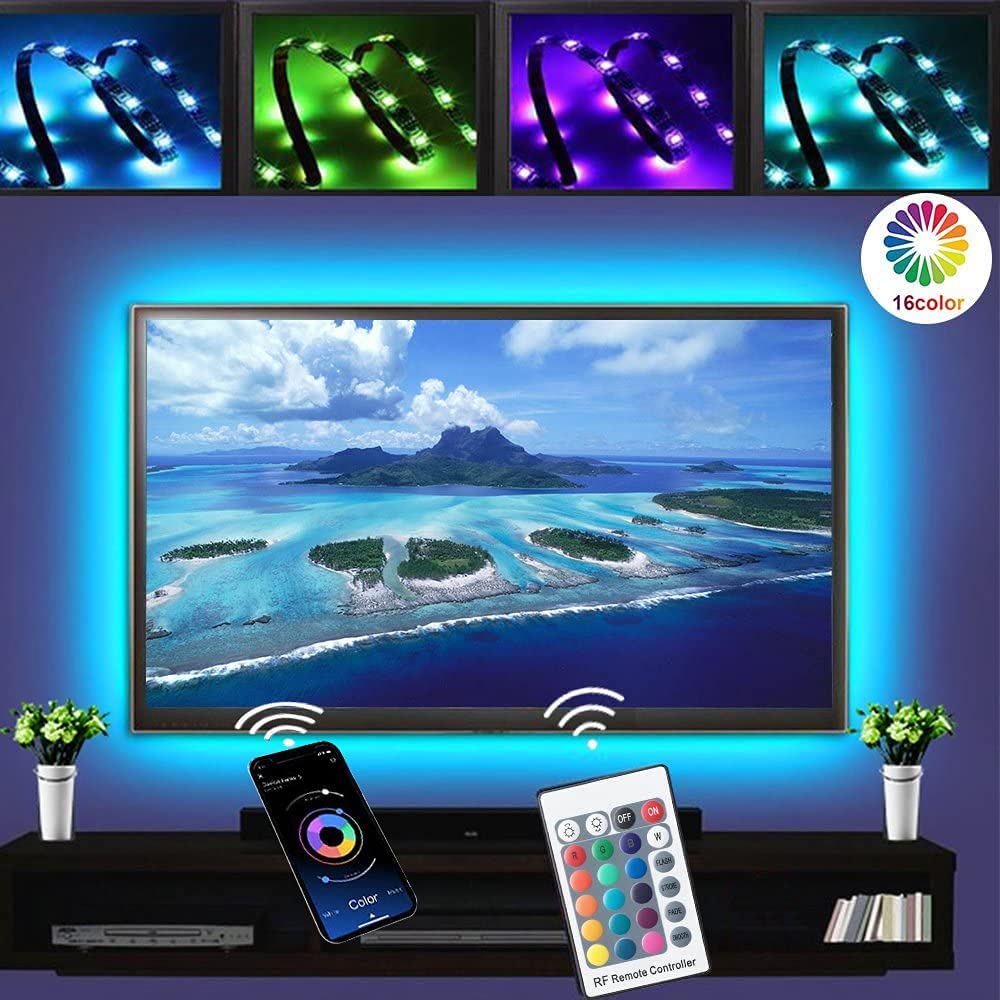 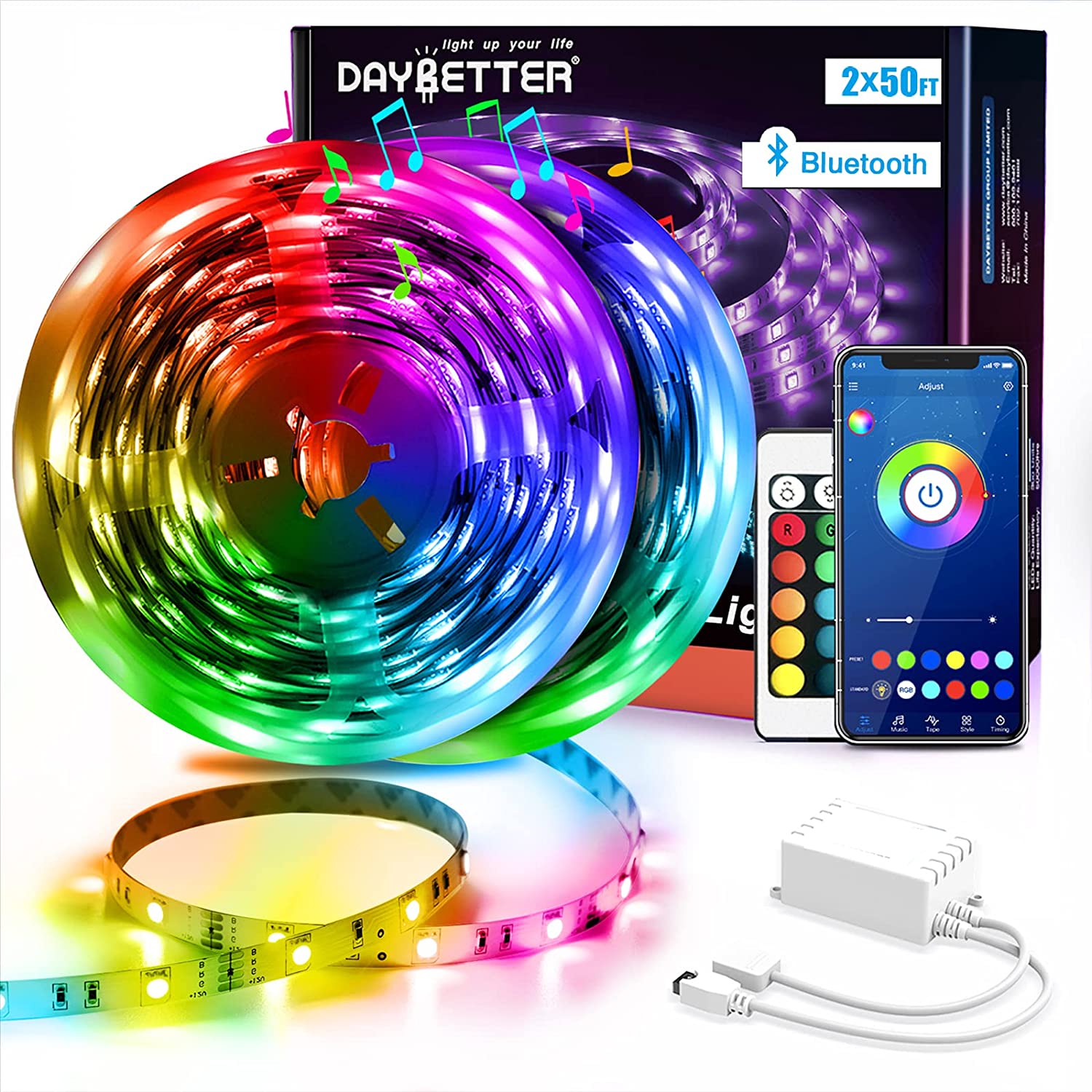 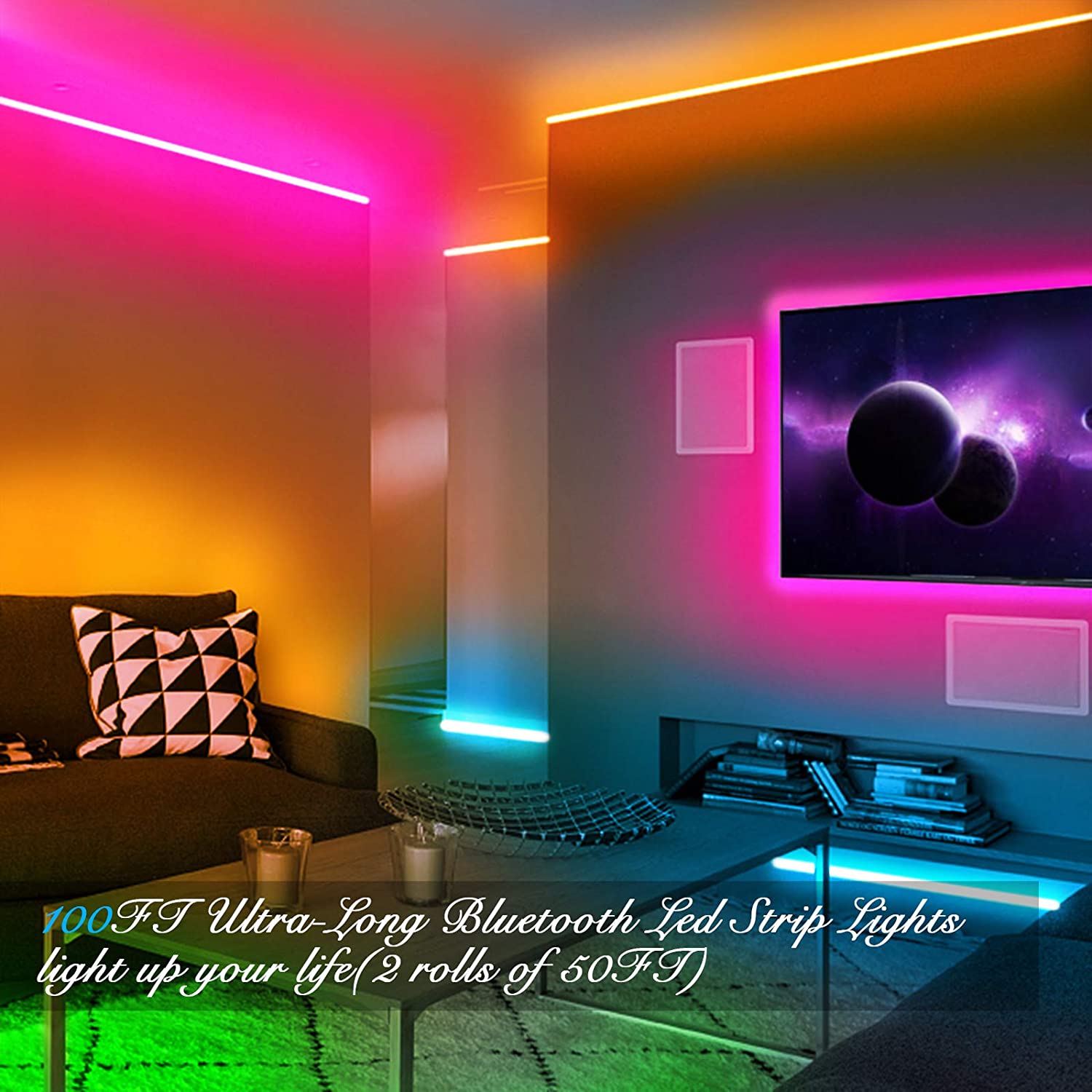