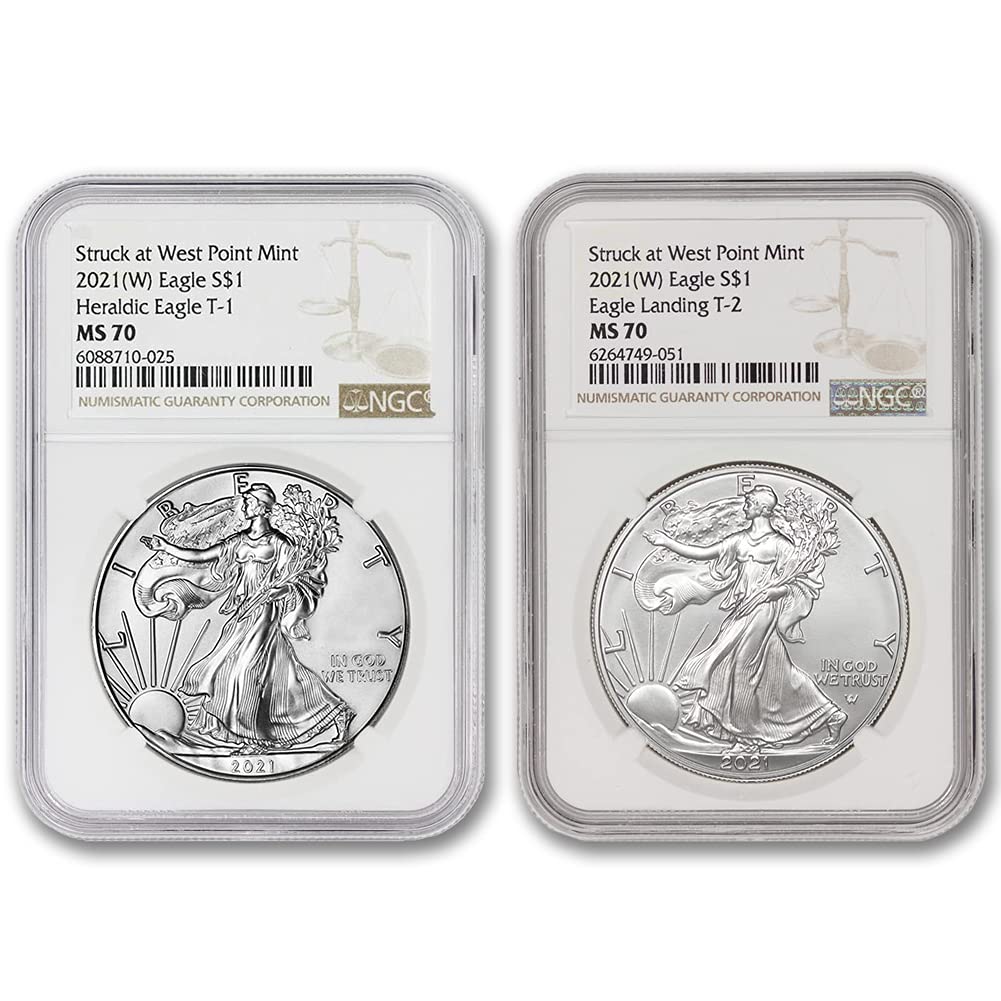 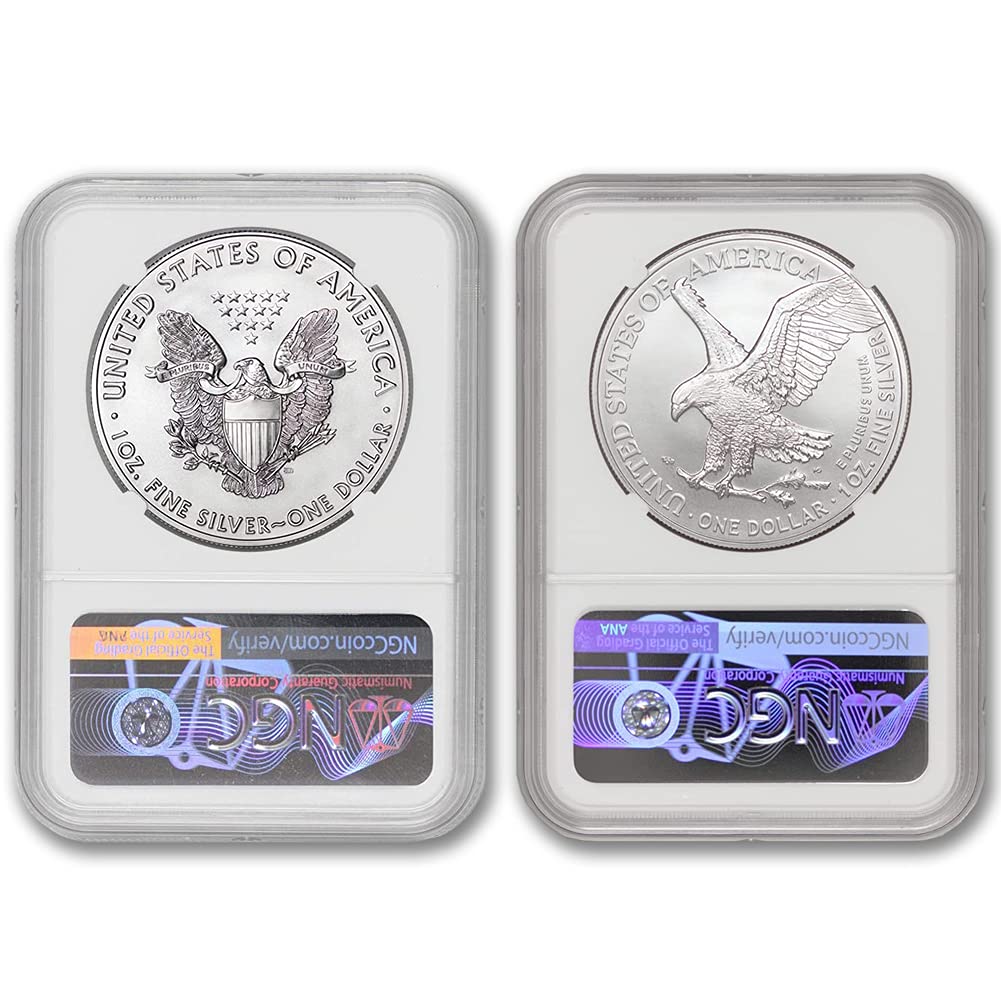 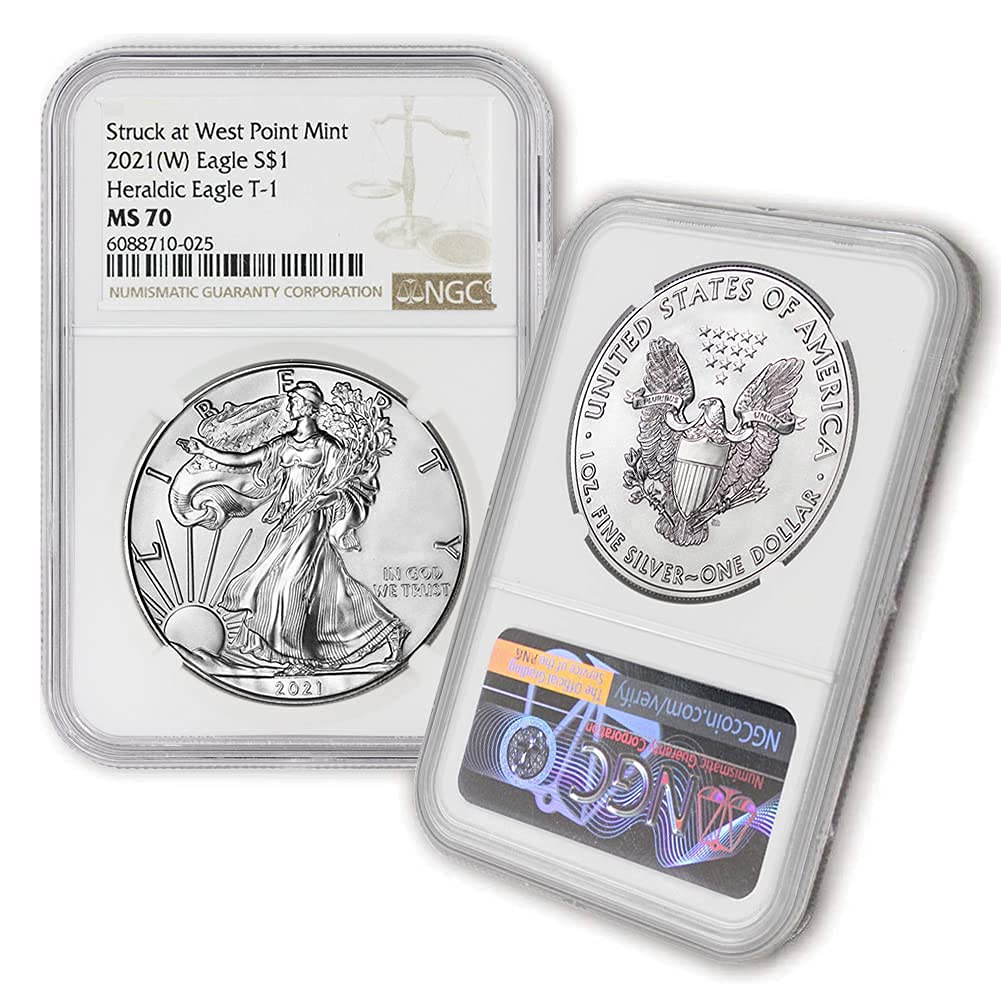 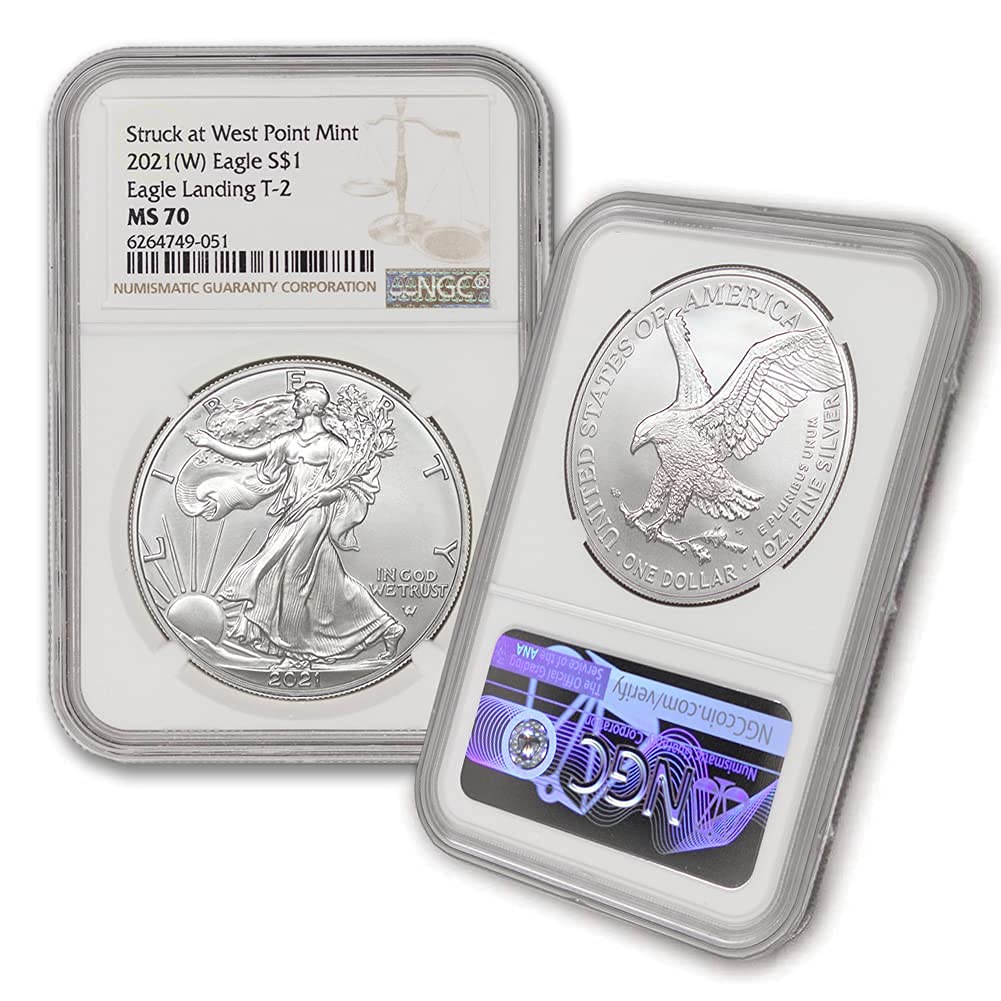 These 2021 1 oz American Silver Eagle Struck at West Point (brown label and no mint mark) are offered to you in MS70 condition and certified First Day of Issue by Numismatic Guaranty Corporation. They feature sharp details, crisp devices and satin-smooth fields, the U.S. silver eagle appeals to both investors and collectors alike. Containing one ounce of pure .999 silver per coin, the weight, purity and content are guaranteed by the U.S. Government in, making it a safe investment in precious metals.

The obverse depicts the historic “Walking Liberty” design, a rendition of world-renowned sculptor Adolph A. Weinman, originally used on the United States Half-Dollar coin from 1916 – 1947. Liberty is shown with a long gown and the American flag draped across her body. A bouquet of olive branches is hold in her right hand while the other hand is held outstretched before her. The sun rises from the lower left. An iconic symbolism of the Roman Empire representing supreme authority.

A wonderful addition to your bullion collection. 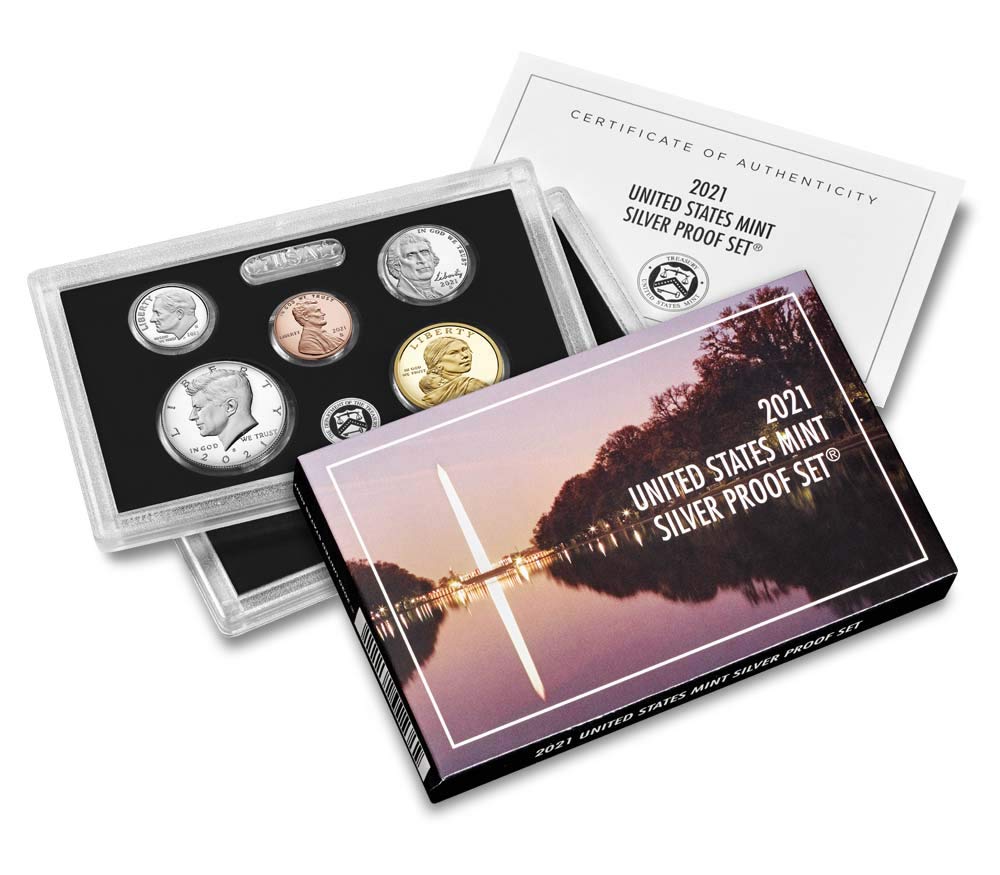 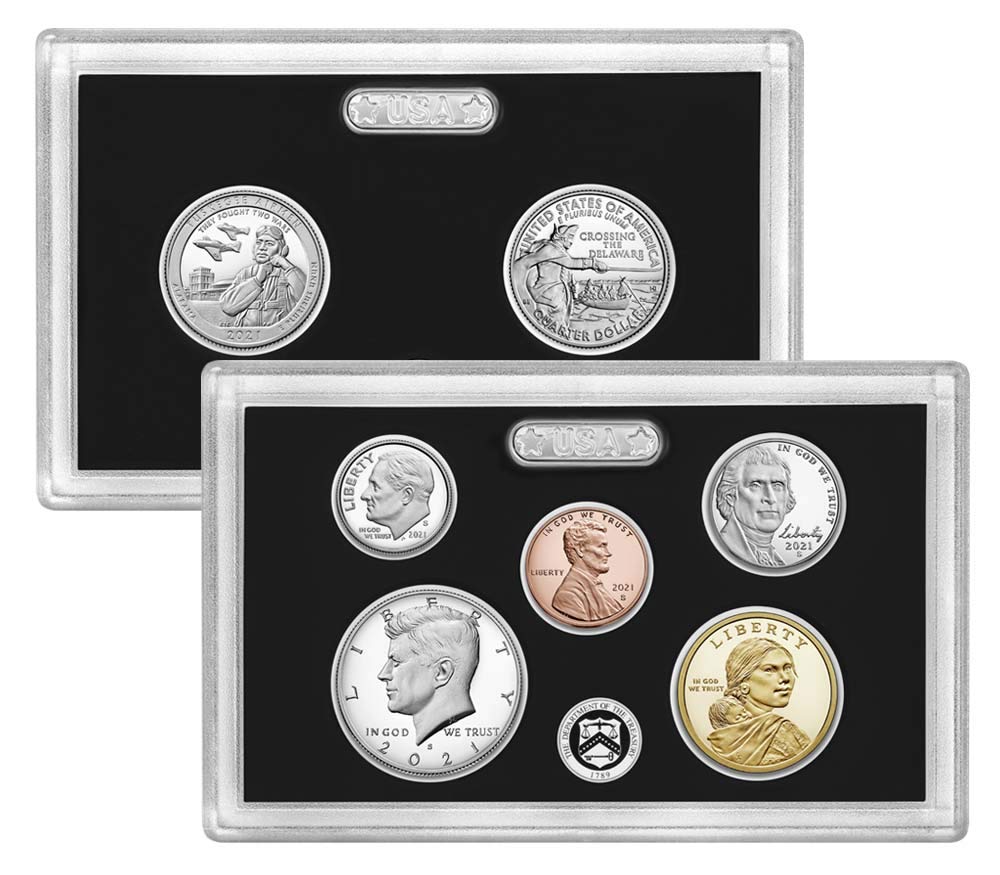 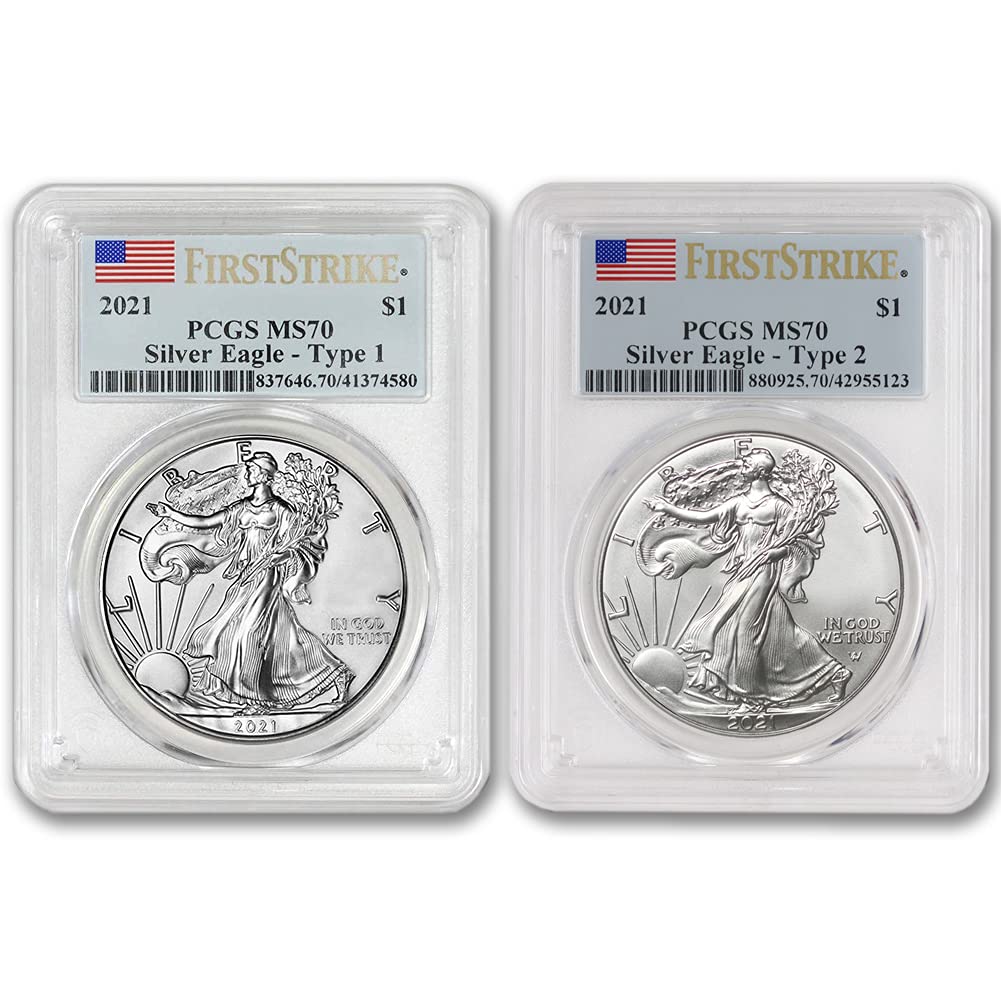 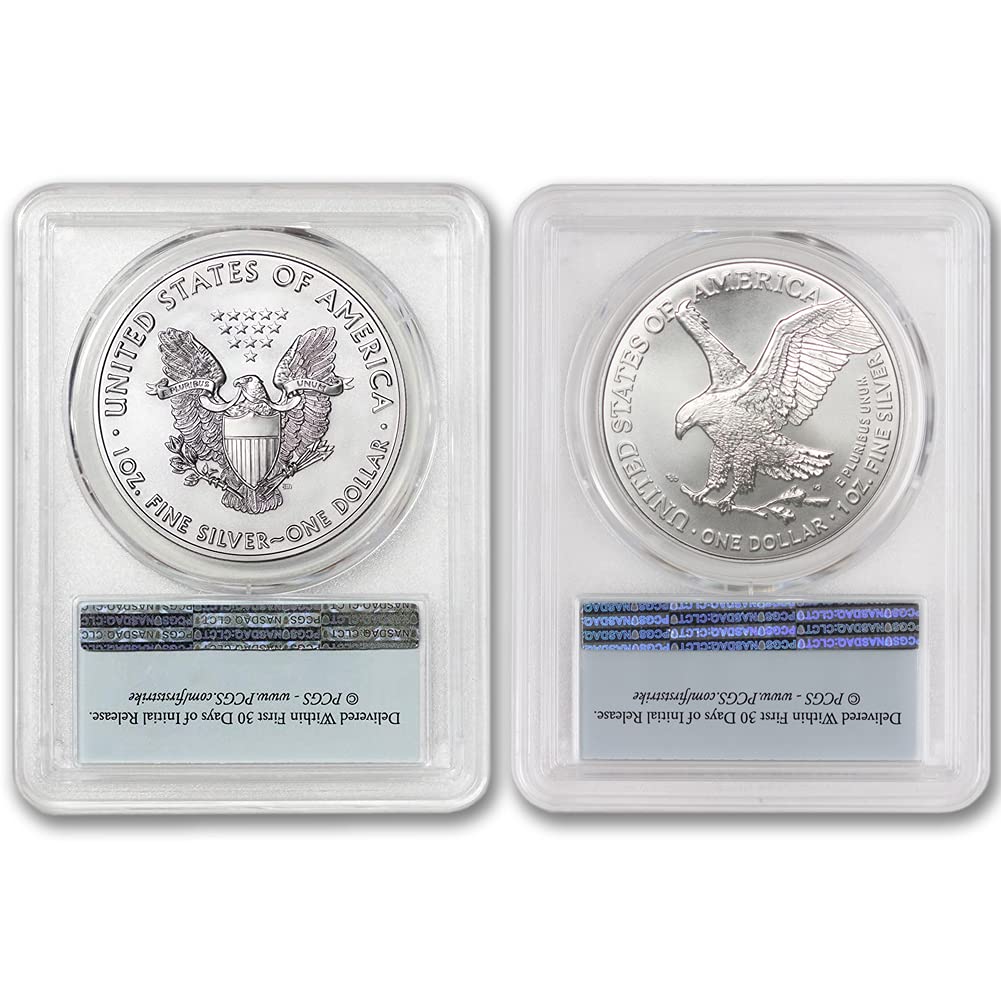 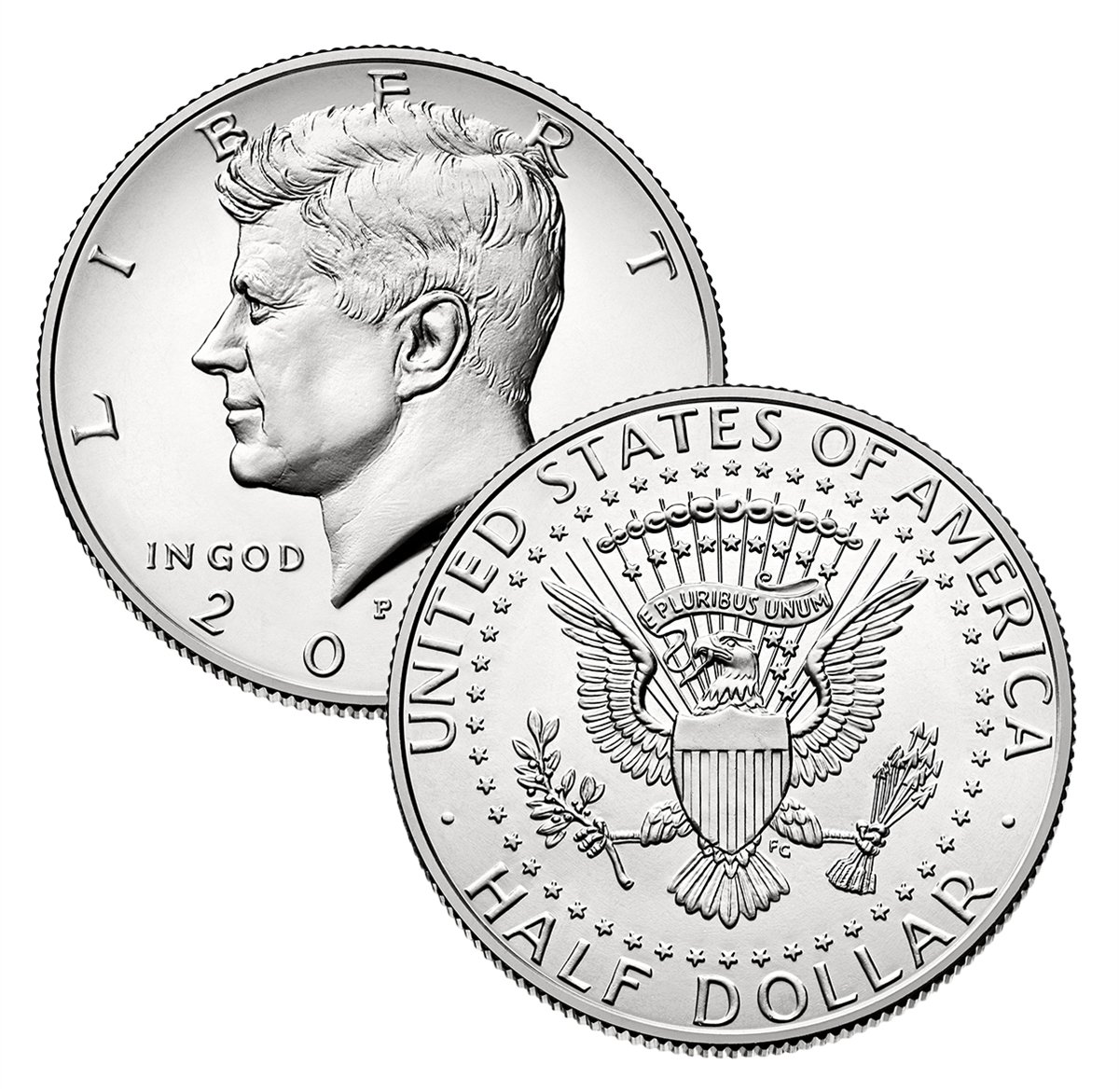 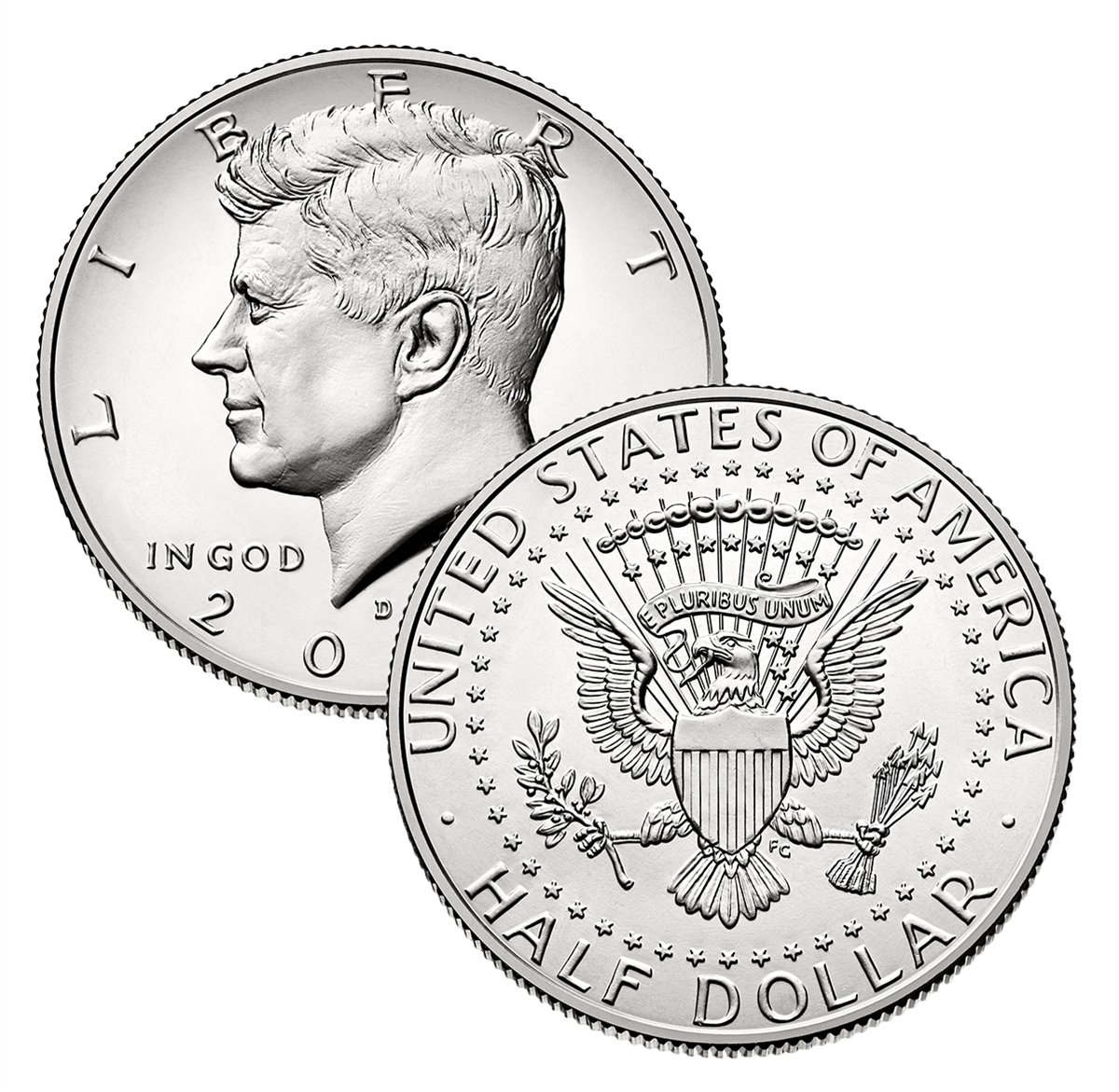 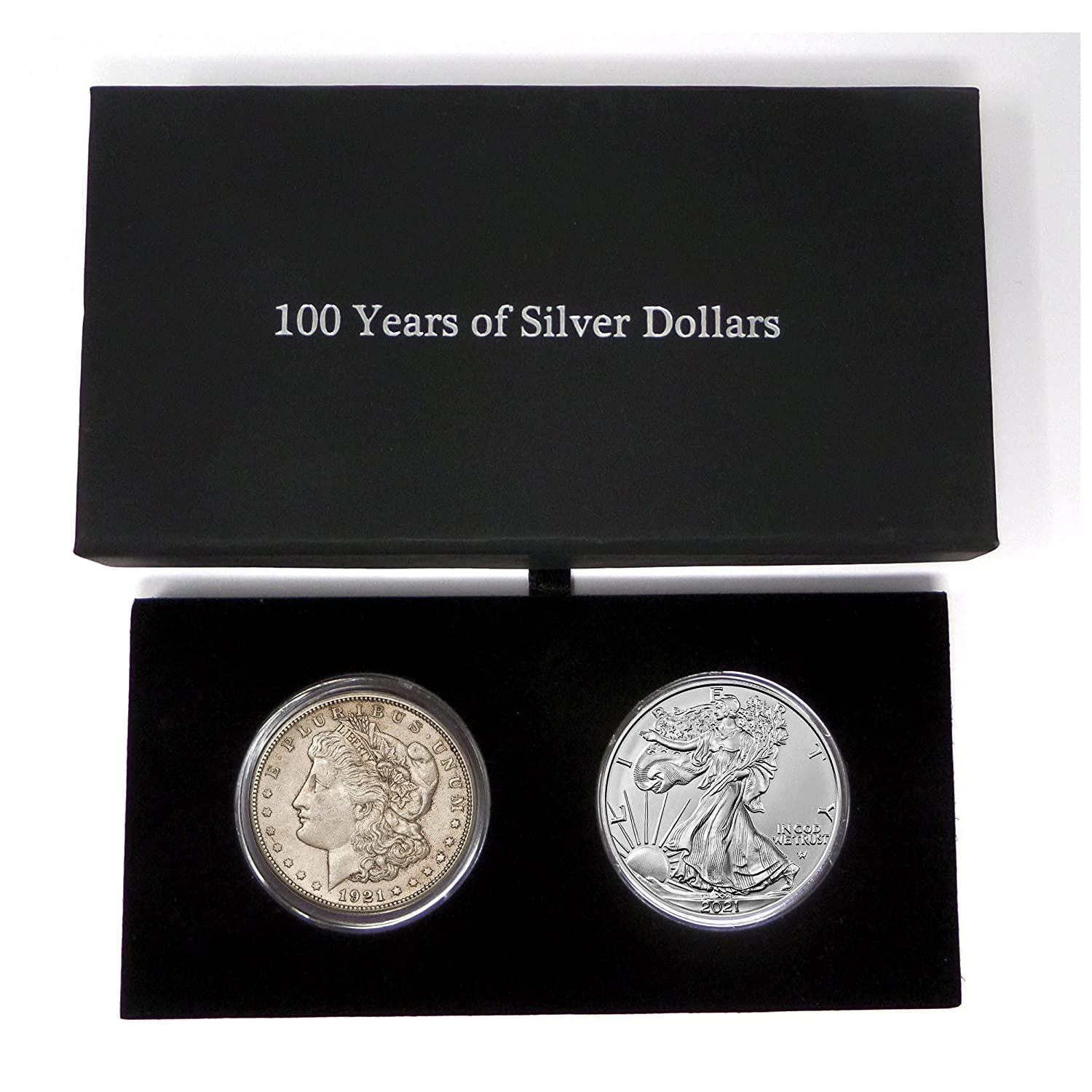 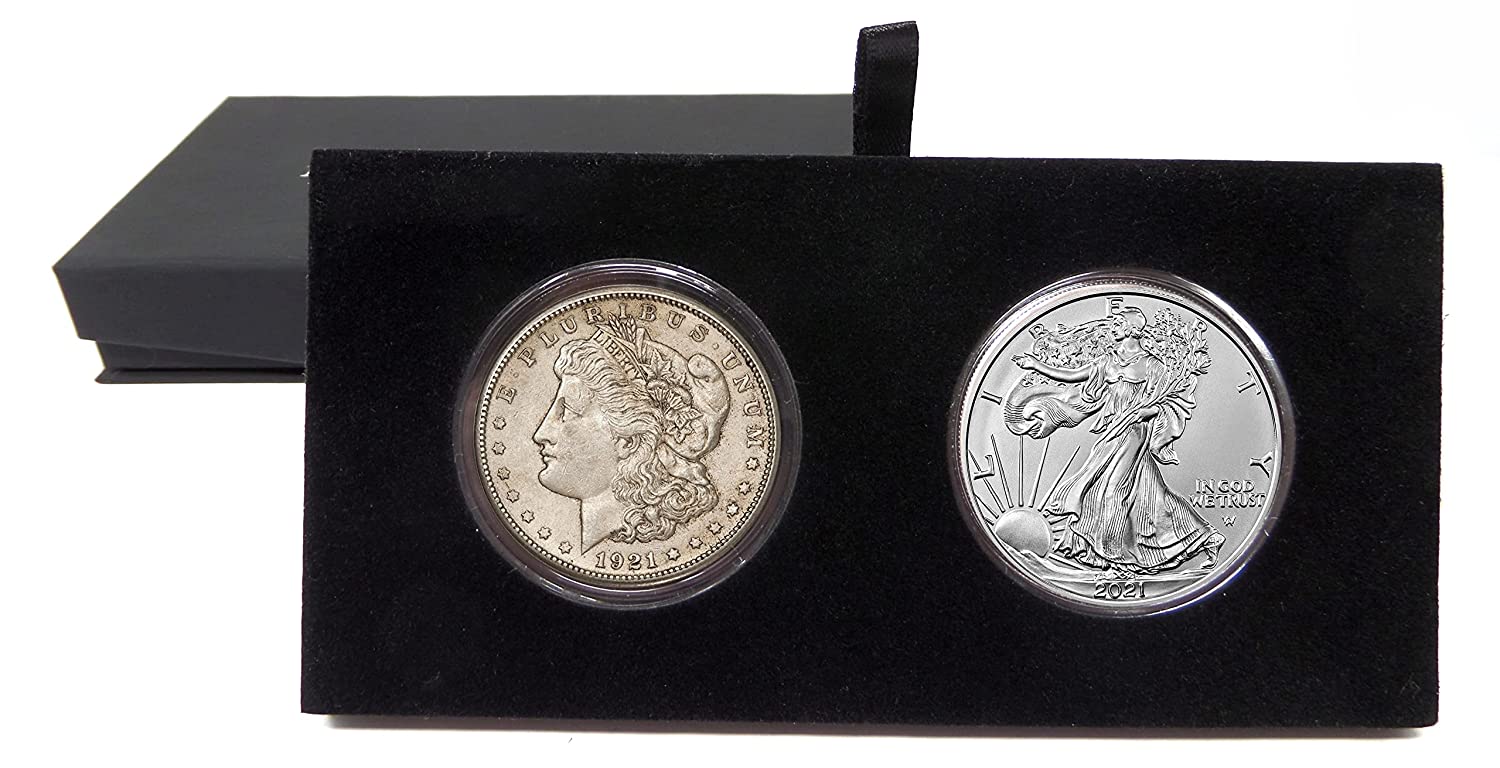 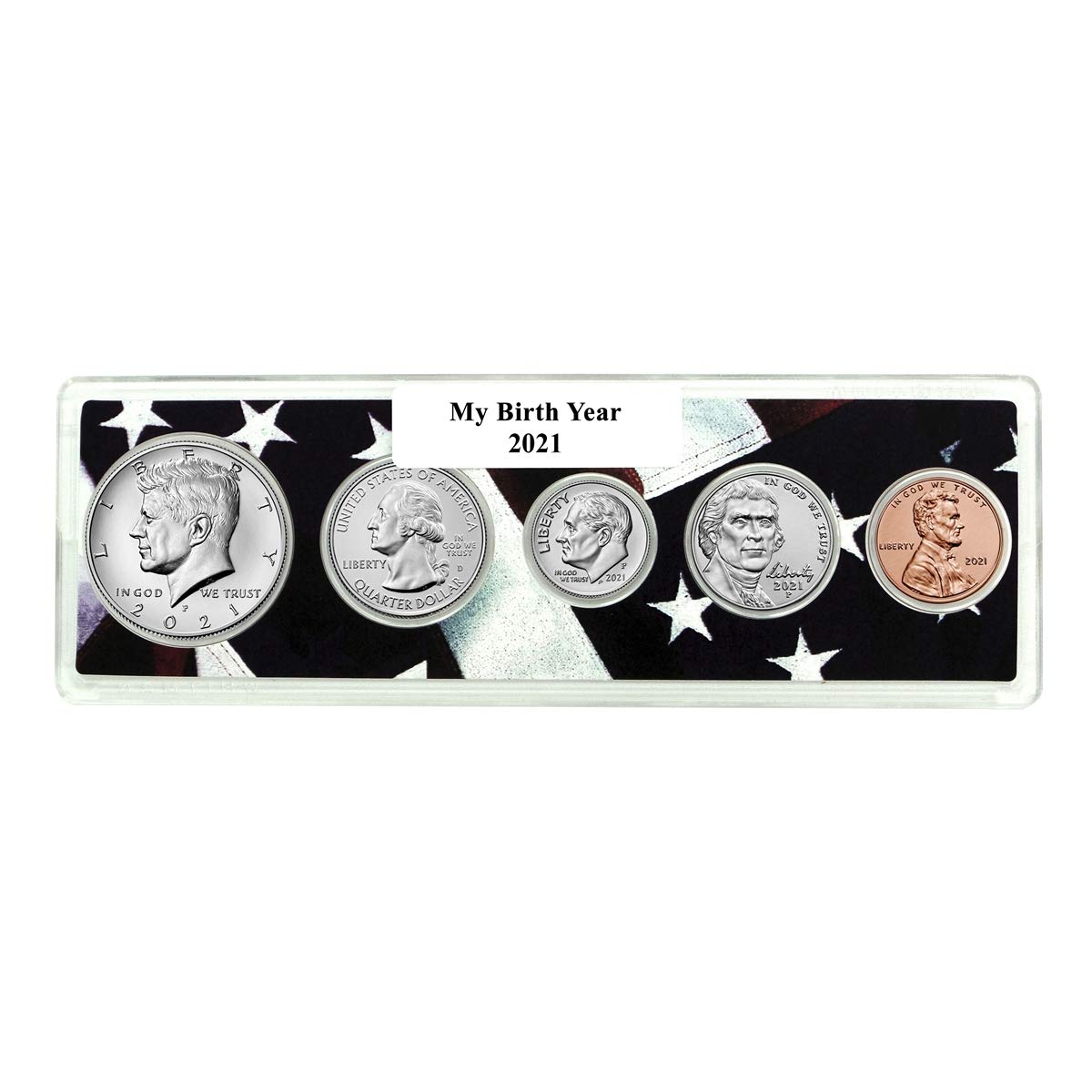 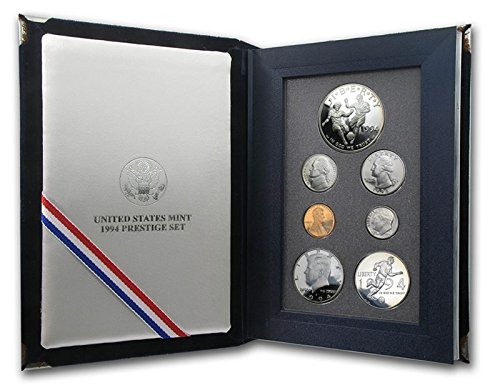 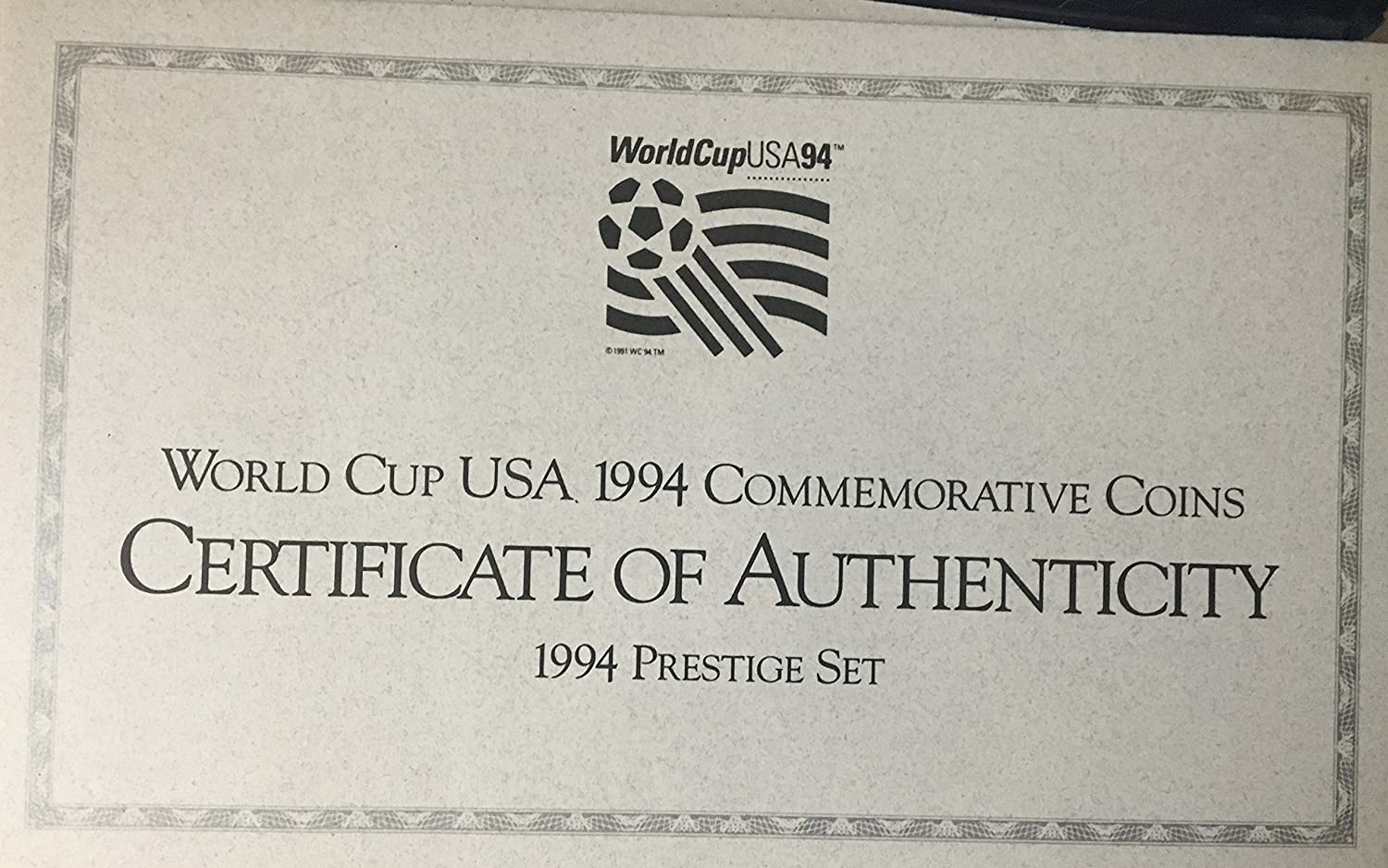 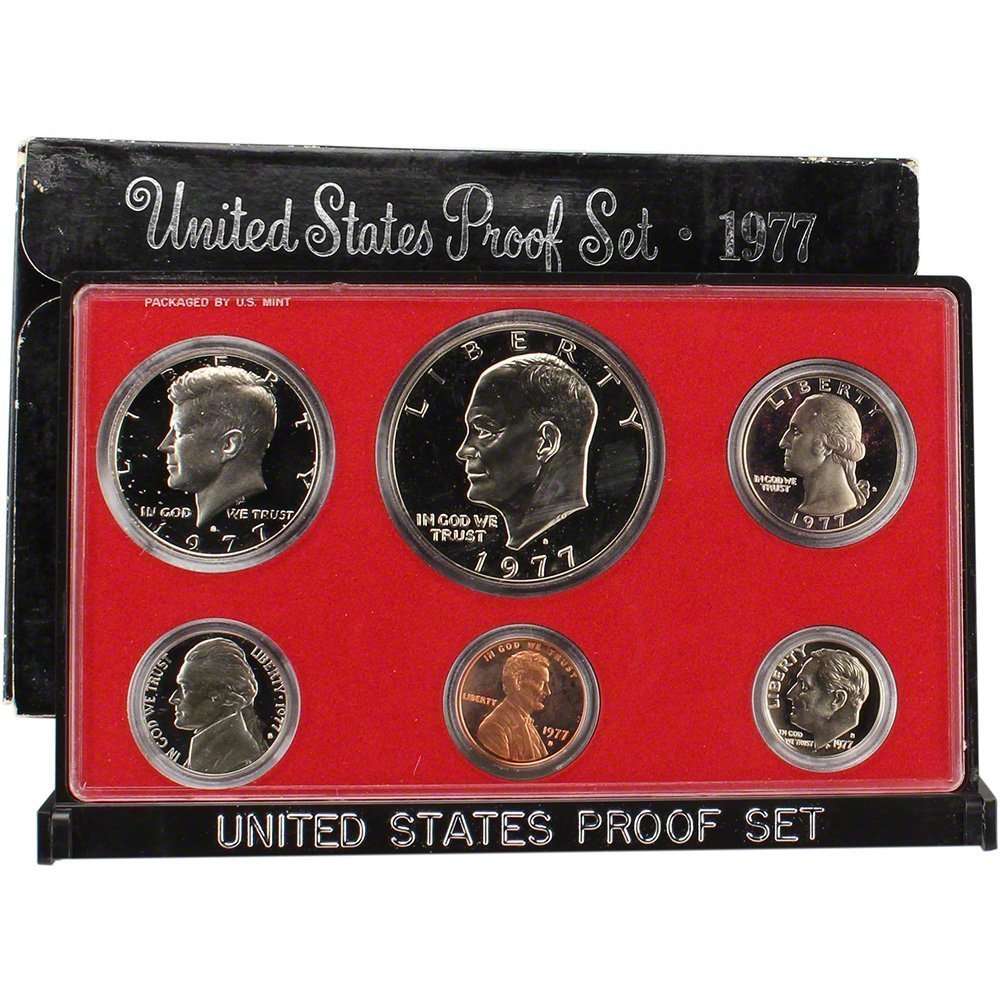 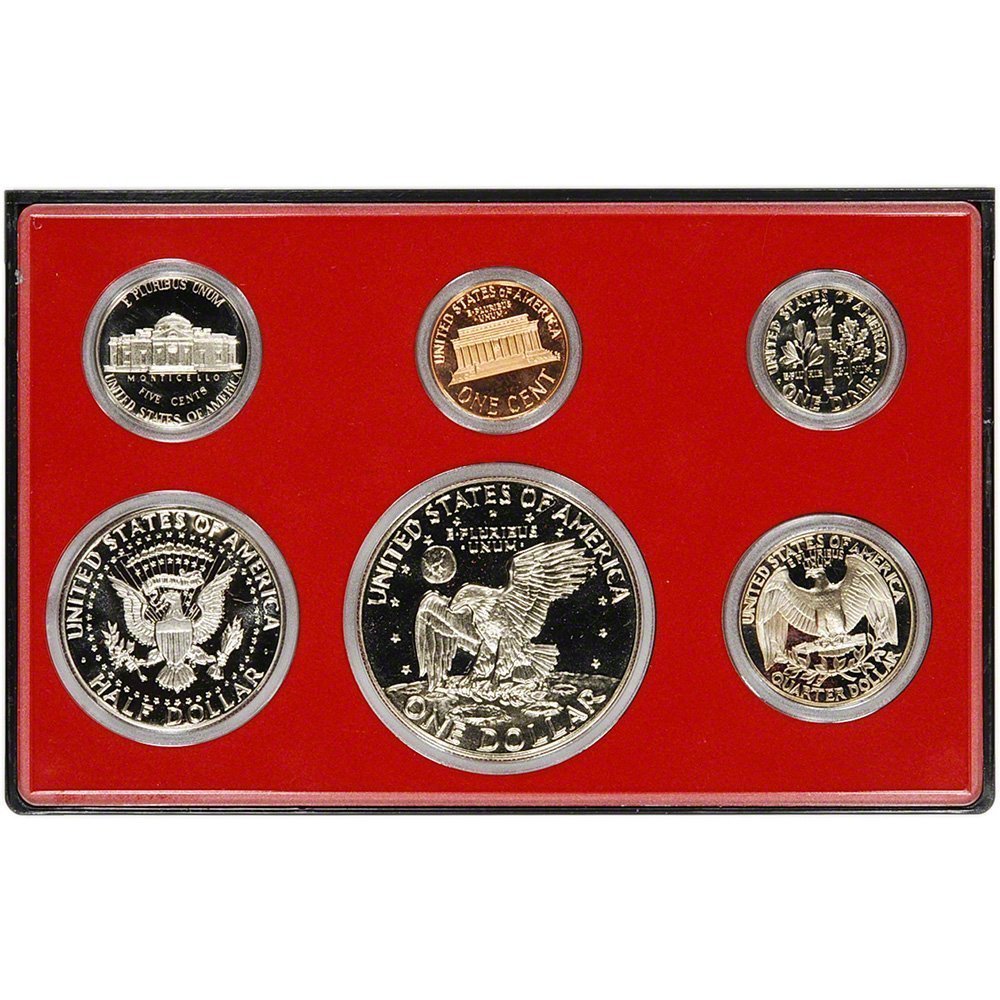 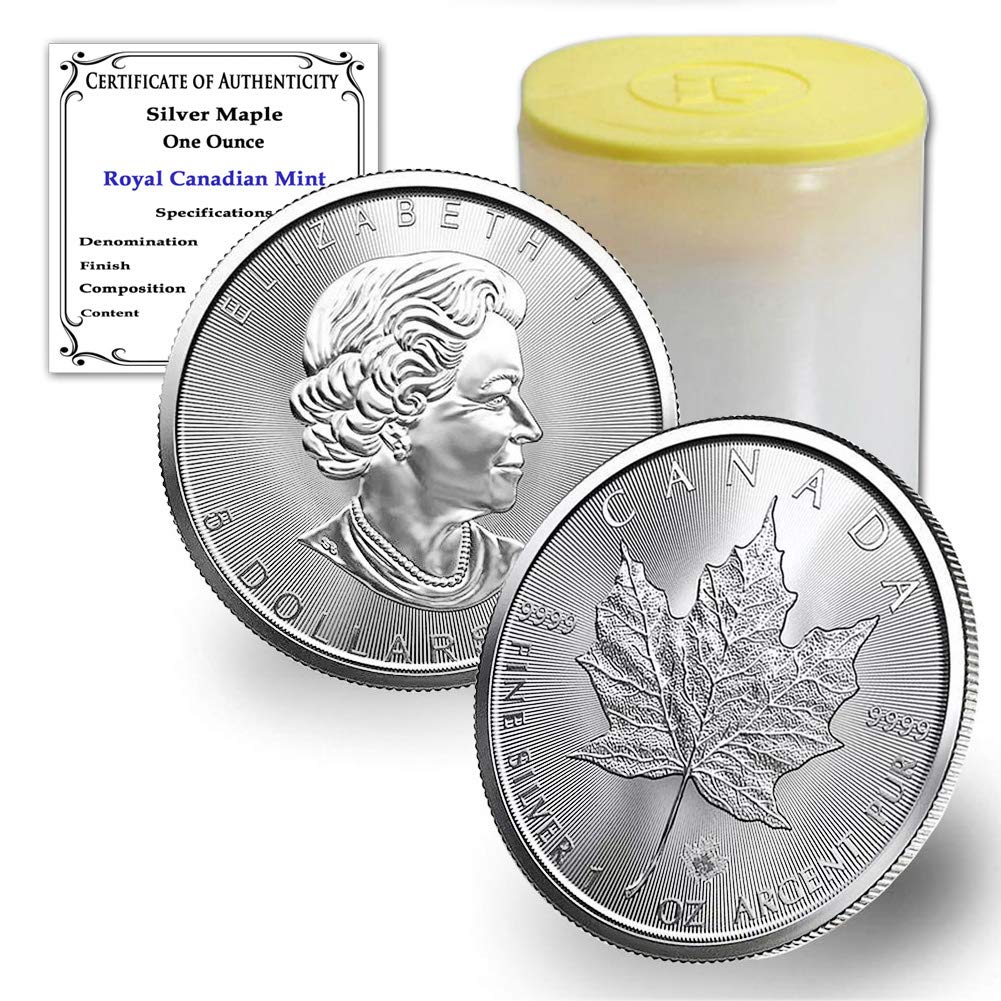 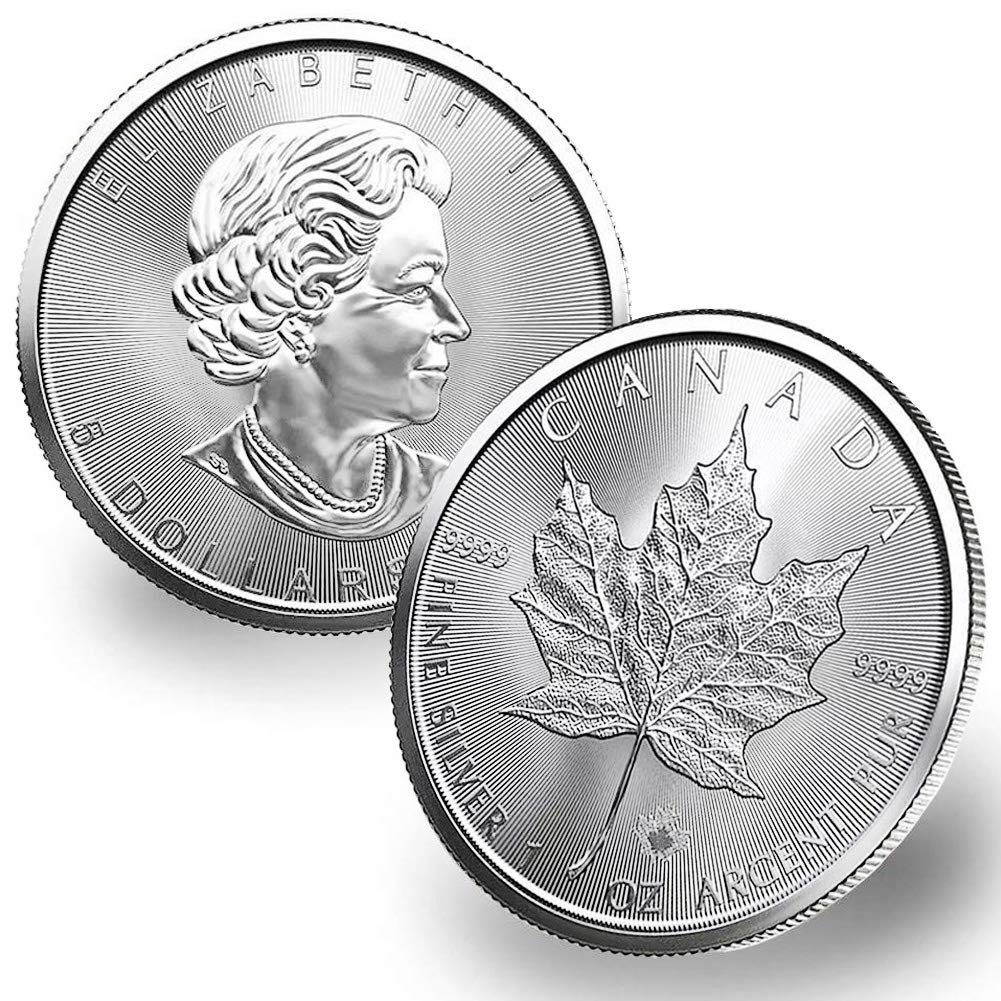