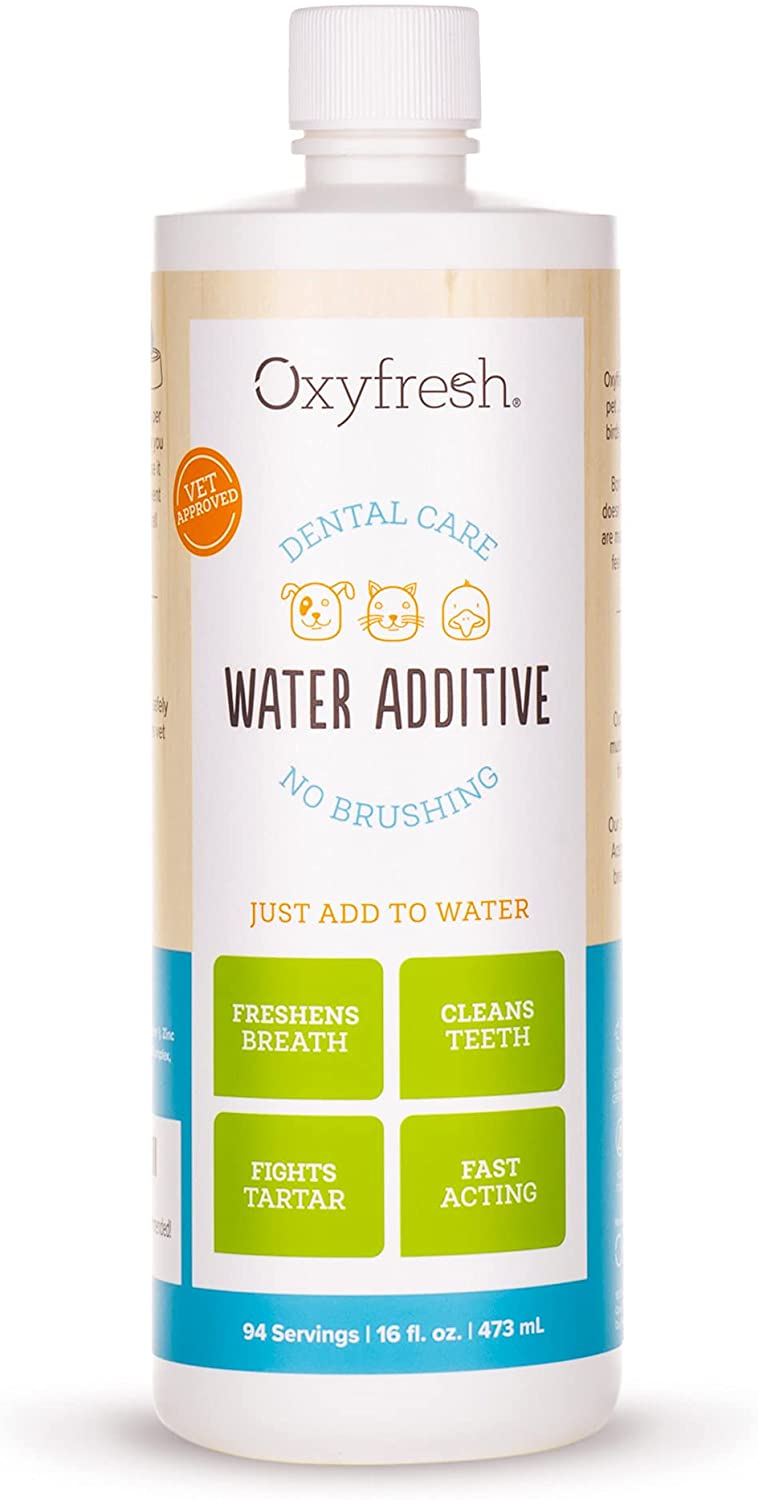 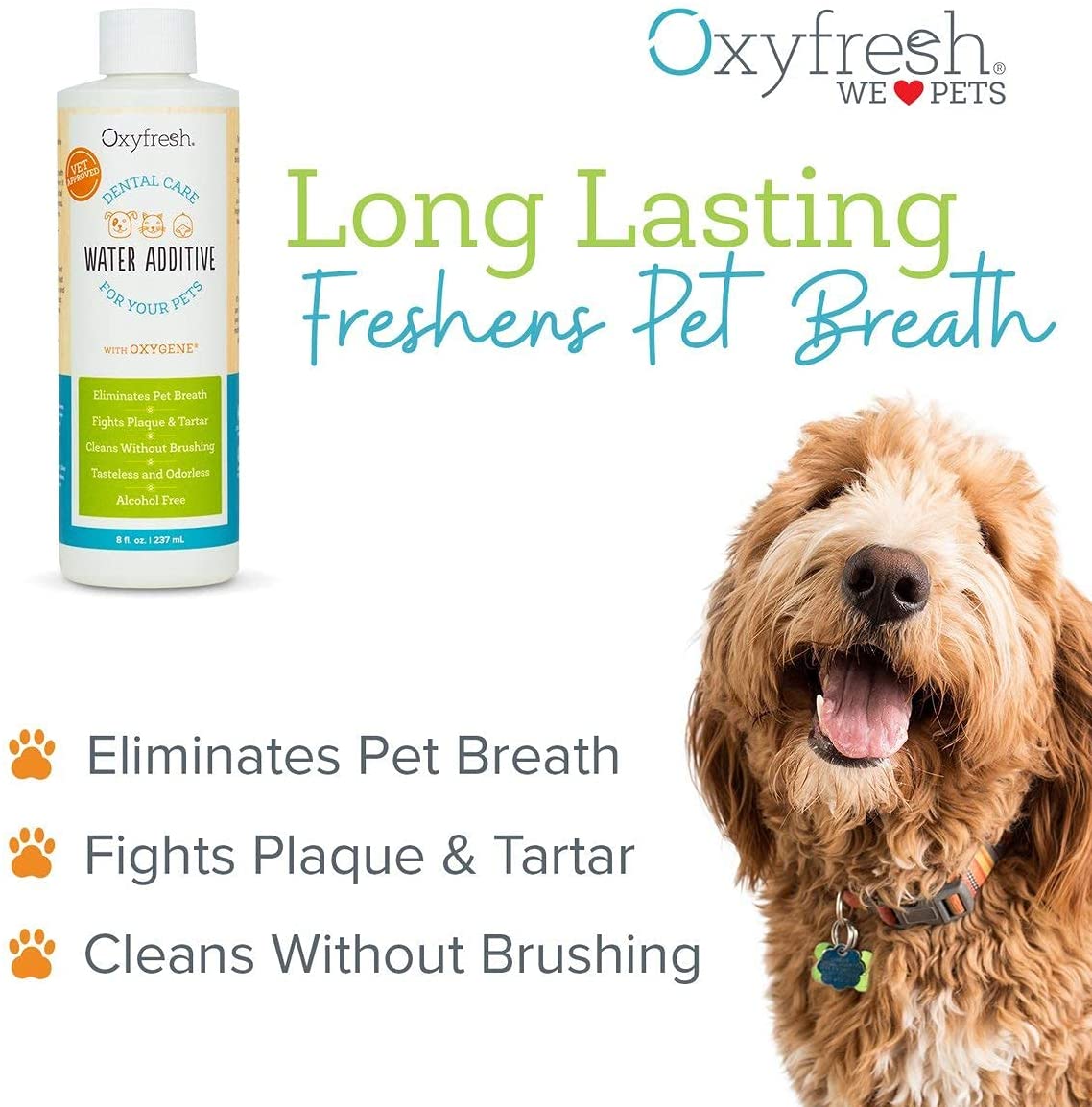 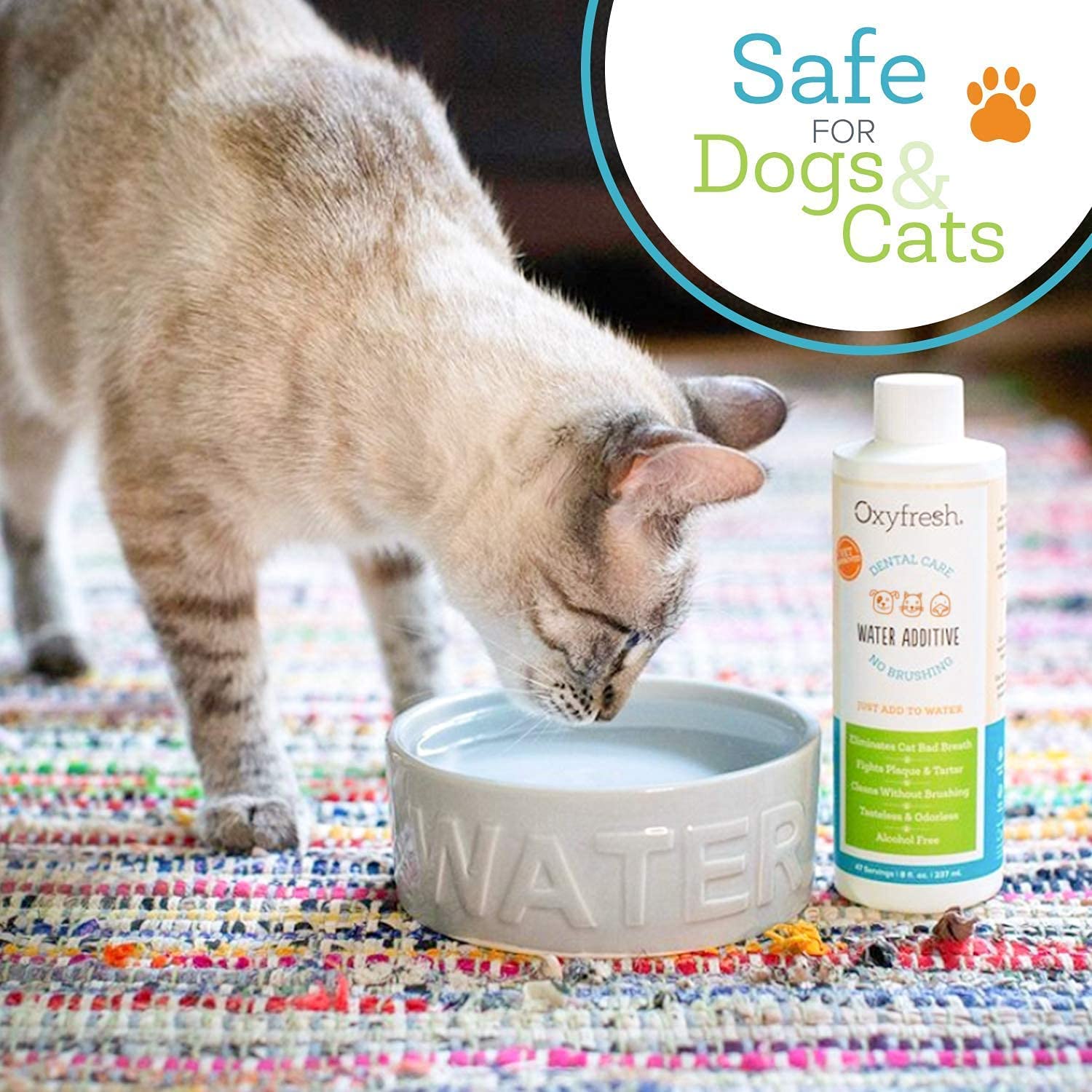 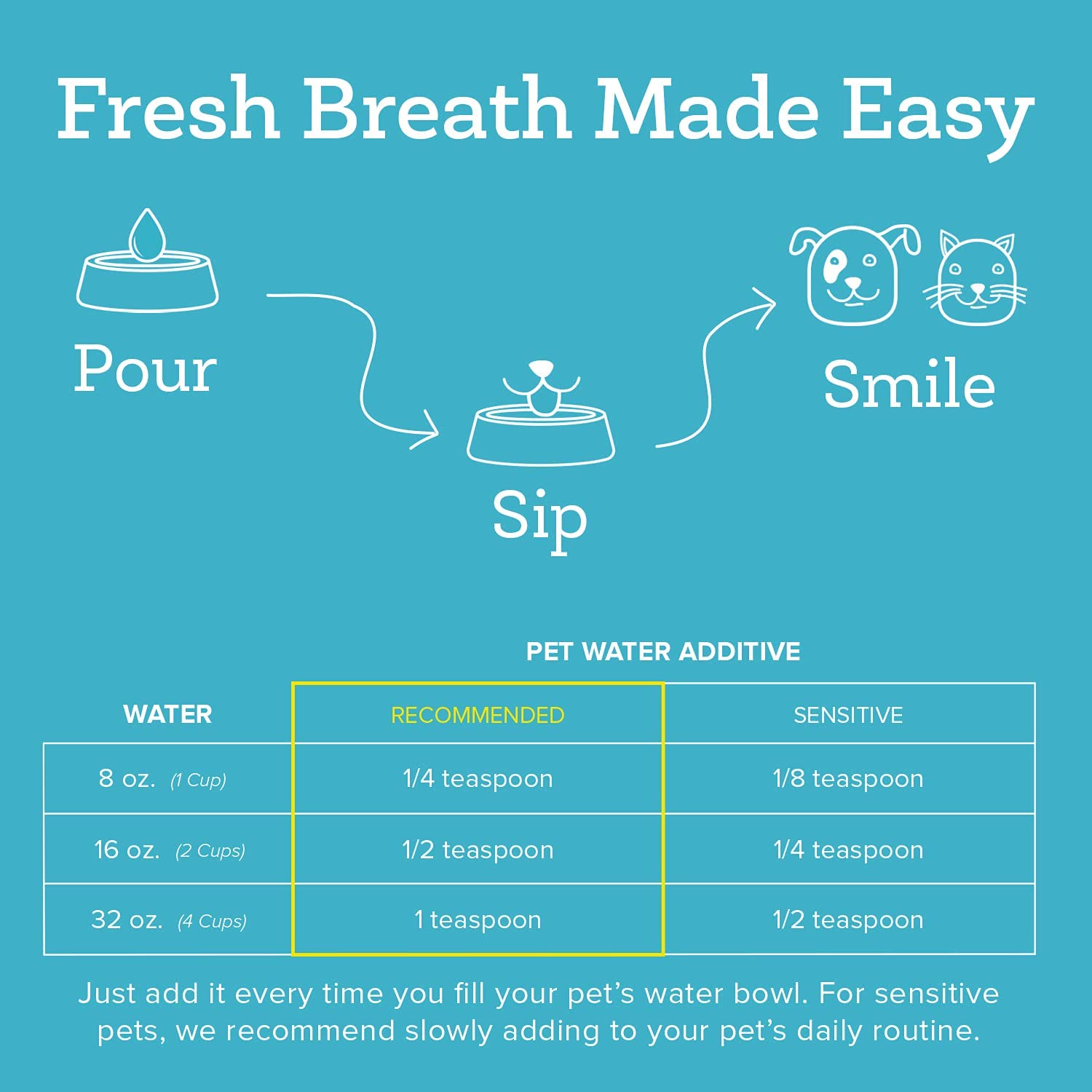 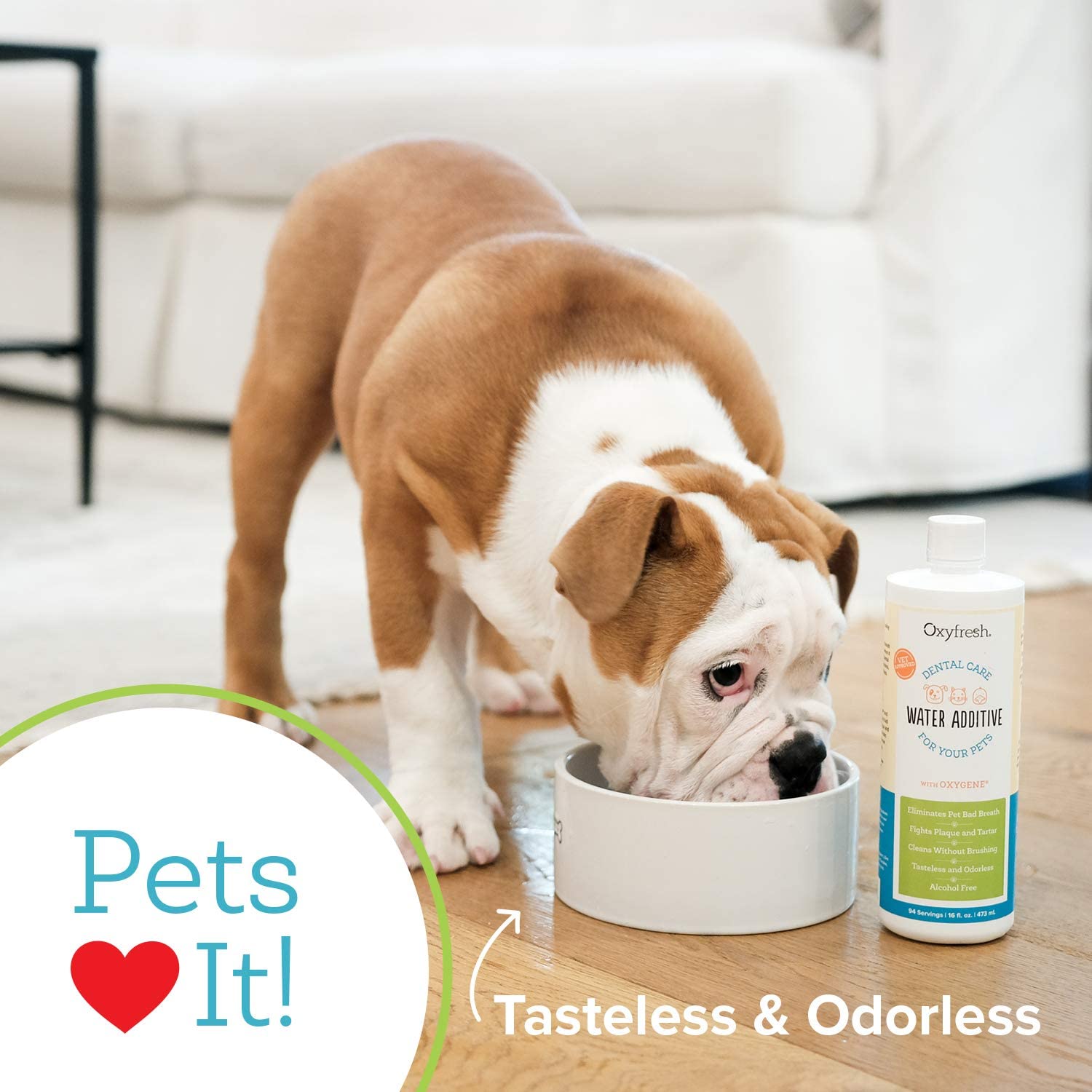 FRESH BREATH Finally say good-bye to pet bad breath with fast-acting Oxygene formula. Works for dogs, cats, birds, etc.
CLEAN TEETH AND GUMS The easiest way to clean your pets teeth and help fight plaque and tartar. Recommended by veterinarians across the country.
NO BRUSHING It’s so easy, just add a capful to their drinking water each day. Completely safe to drink and pets love it.
100% NON-TOXIC, ODORLESS AND TASTELESS We don’t mask with mint or tea tree that can be harmful to dogs and cats. Our Pet Dental Water Additive is undetectable and non flavored so your pets wont even know its there.
IT WORKS If you’ve tried everything else, you might as well try something that works! Trusted by pet owners to stop pet bad breath and just like all of Oxyfresh products, Pet Oral Hygiene Solution is made in the U.S.A. with only the highest quality ingredients. 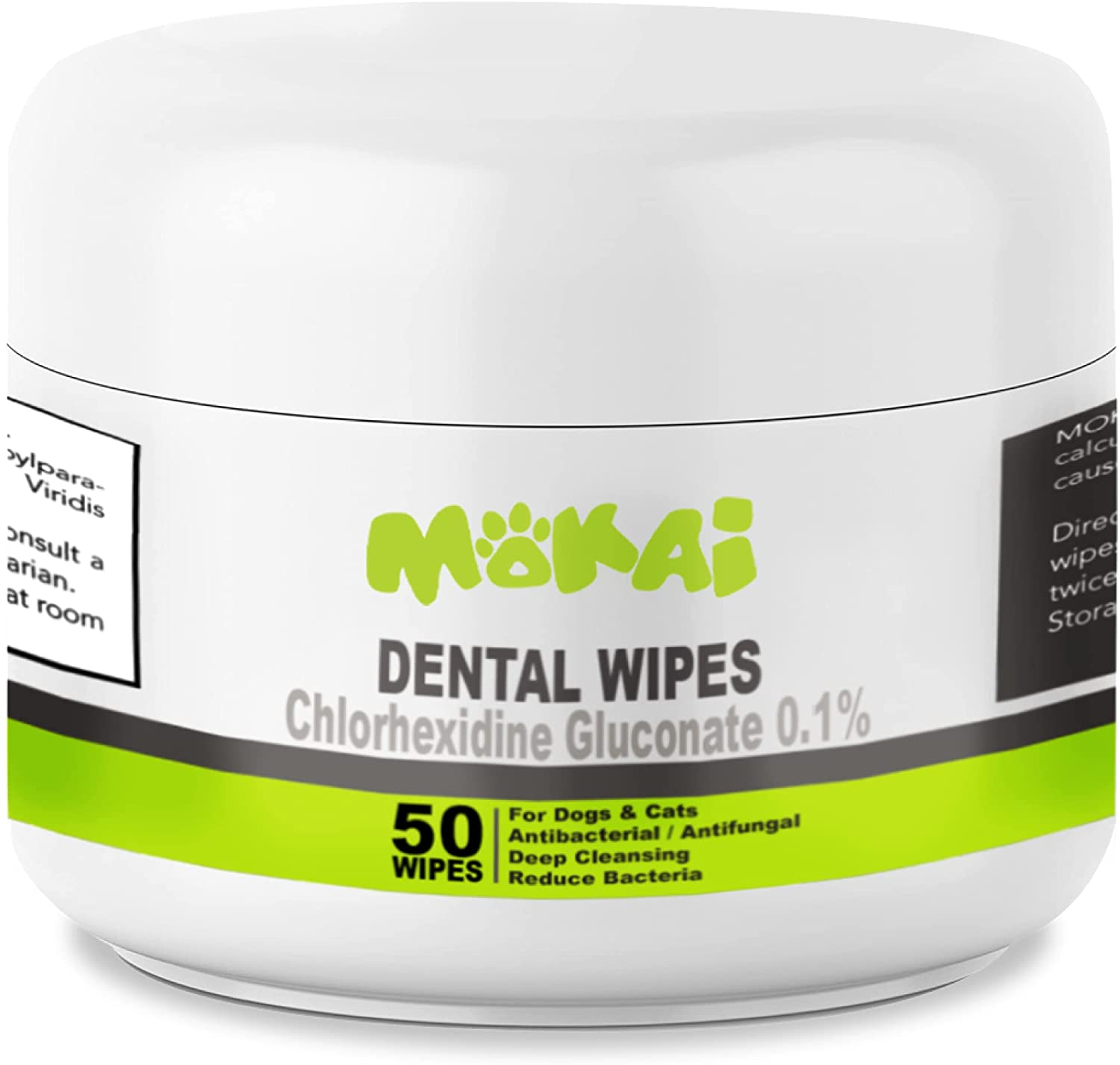 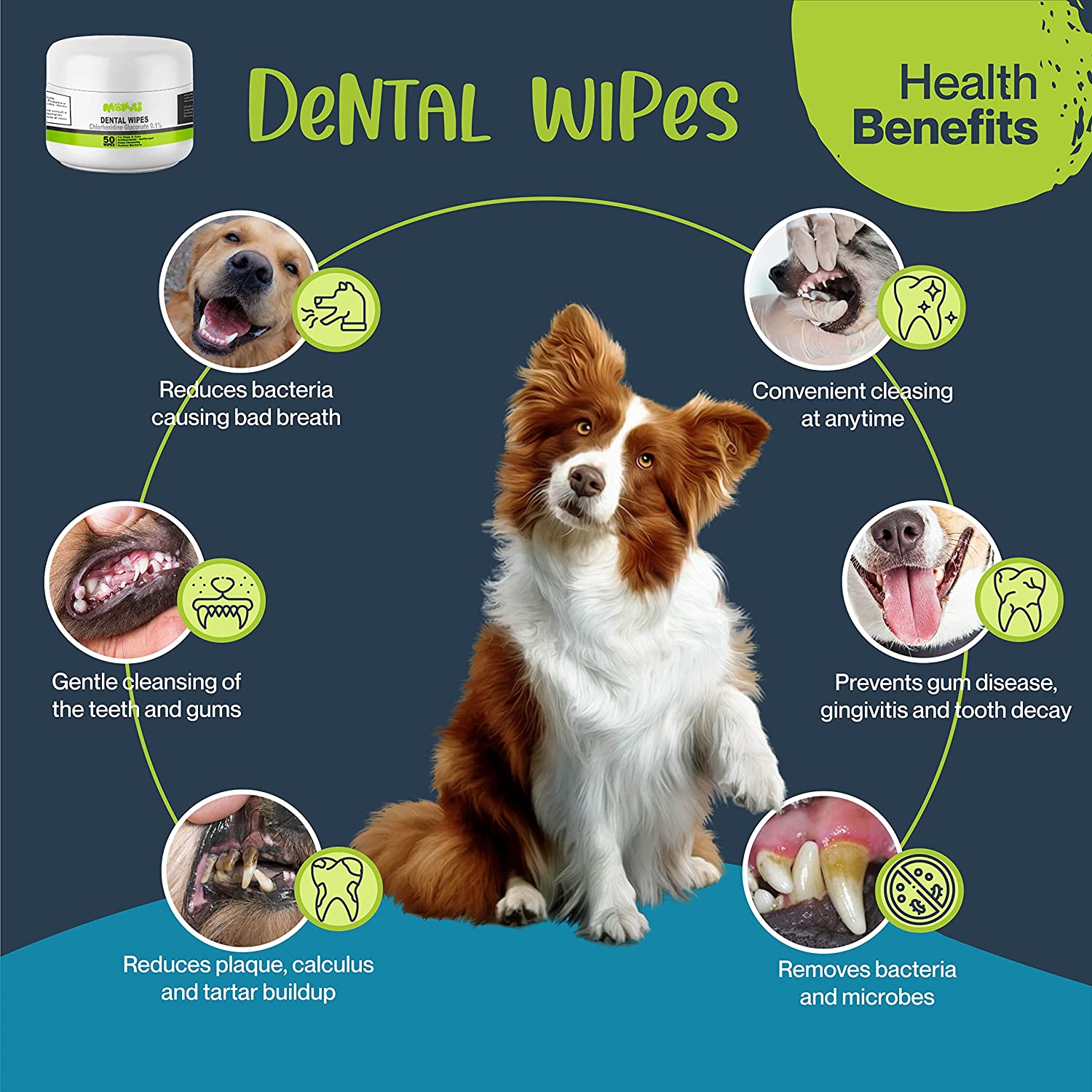 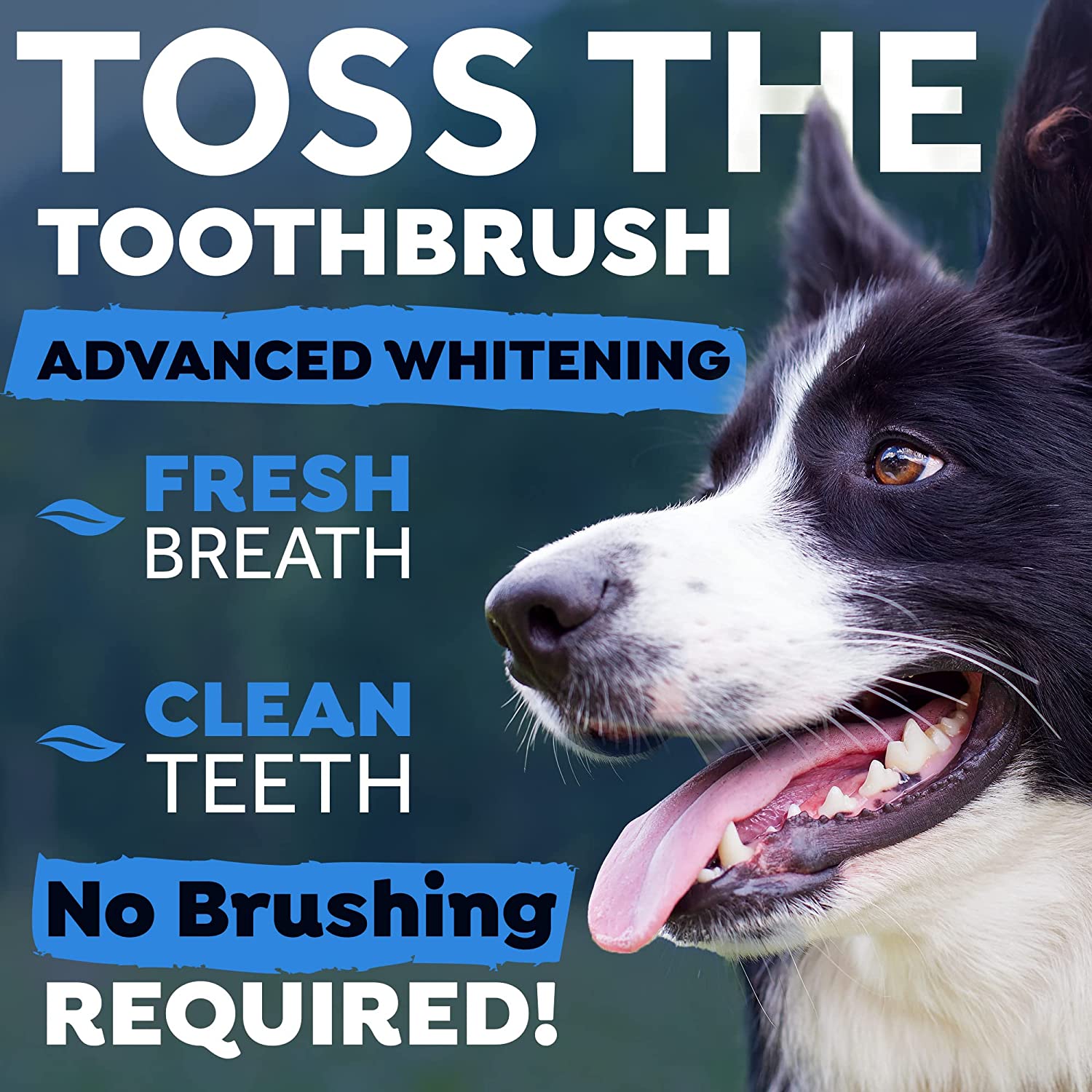 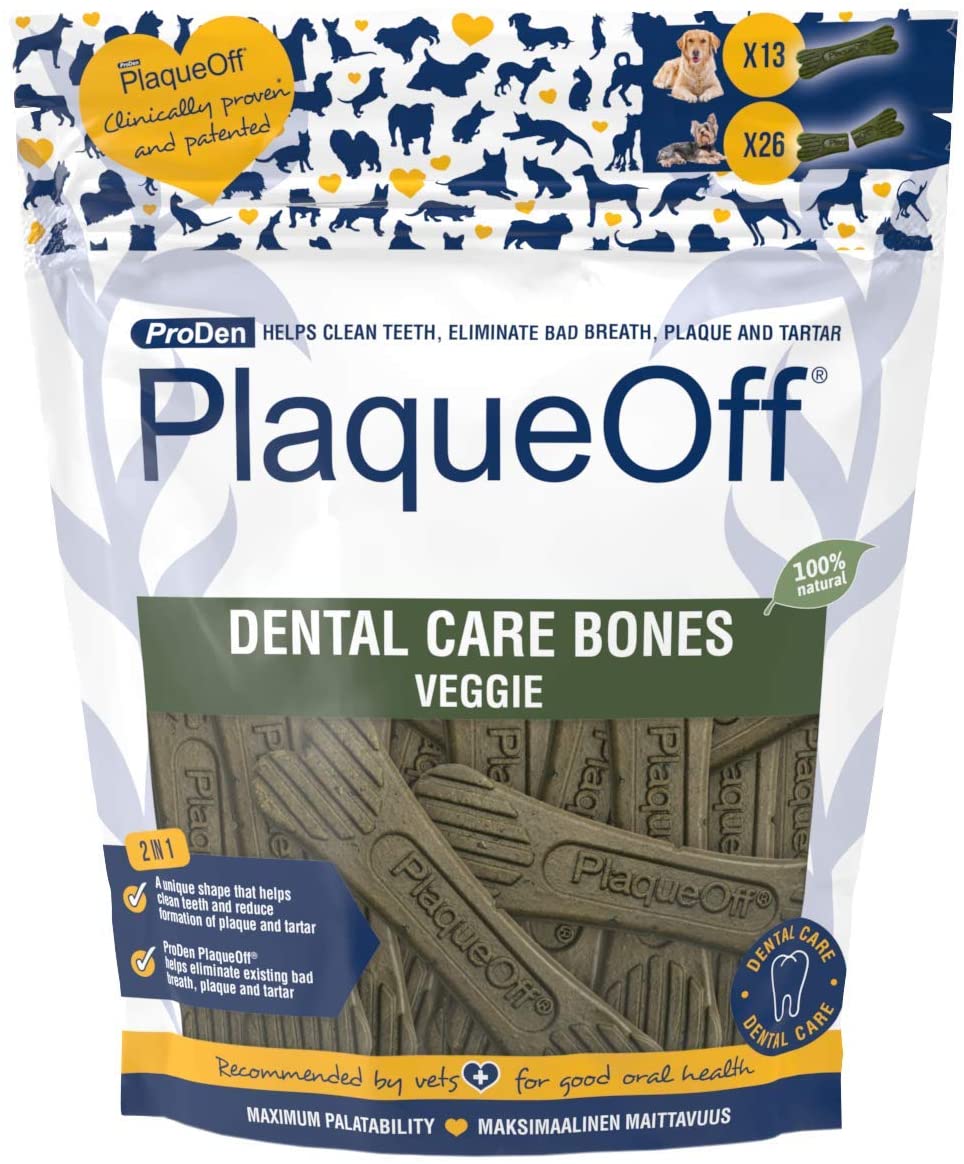 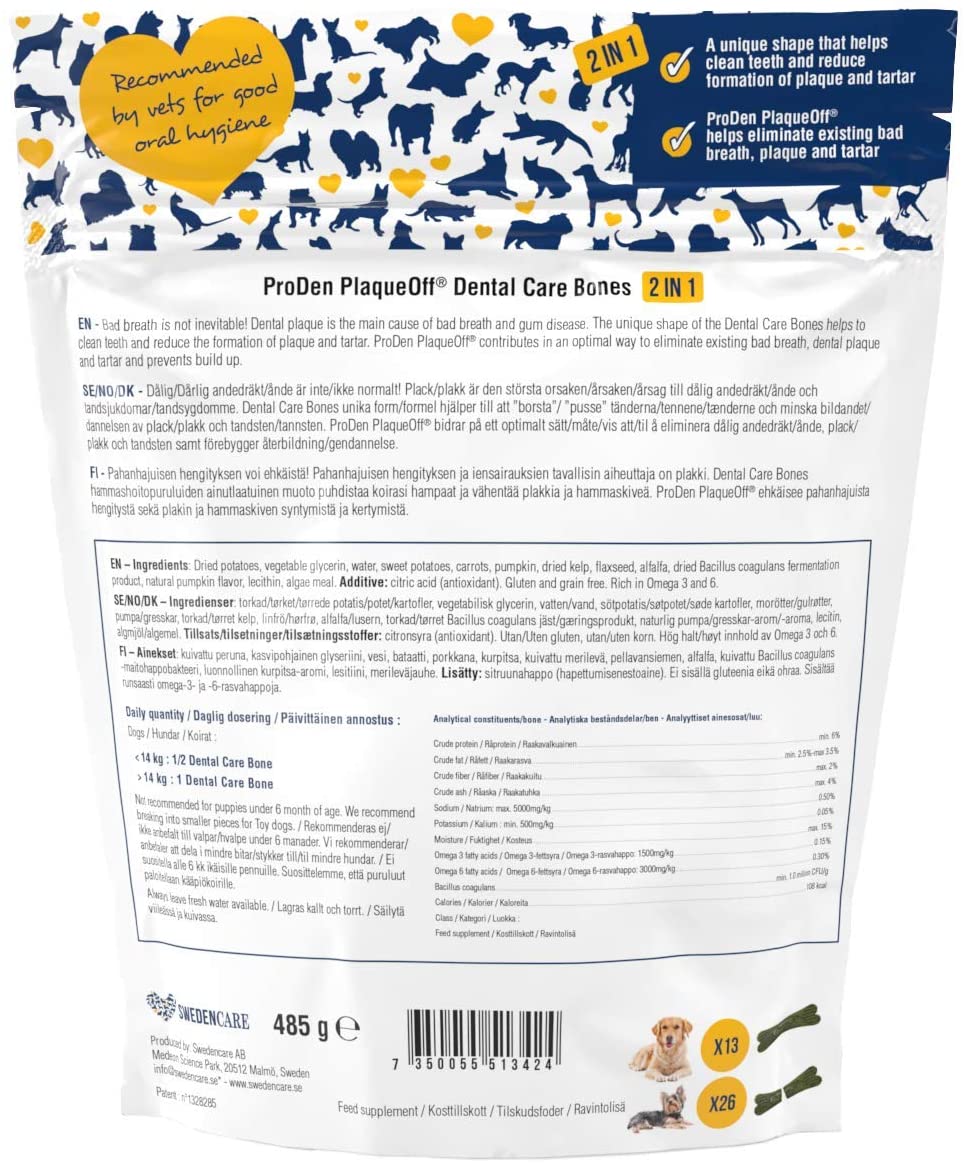 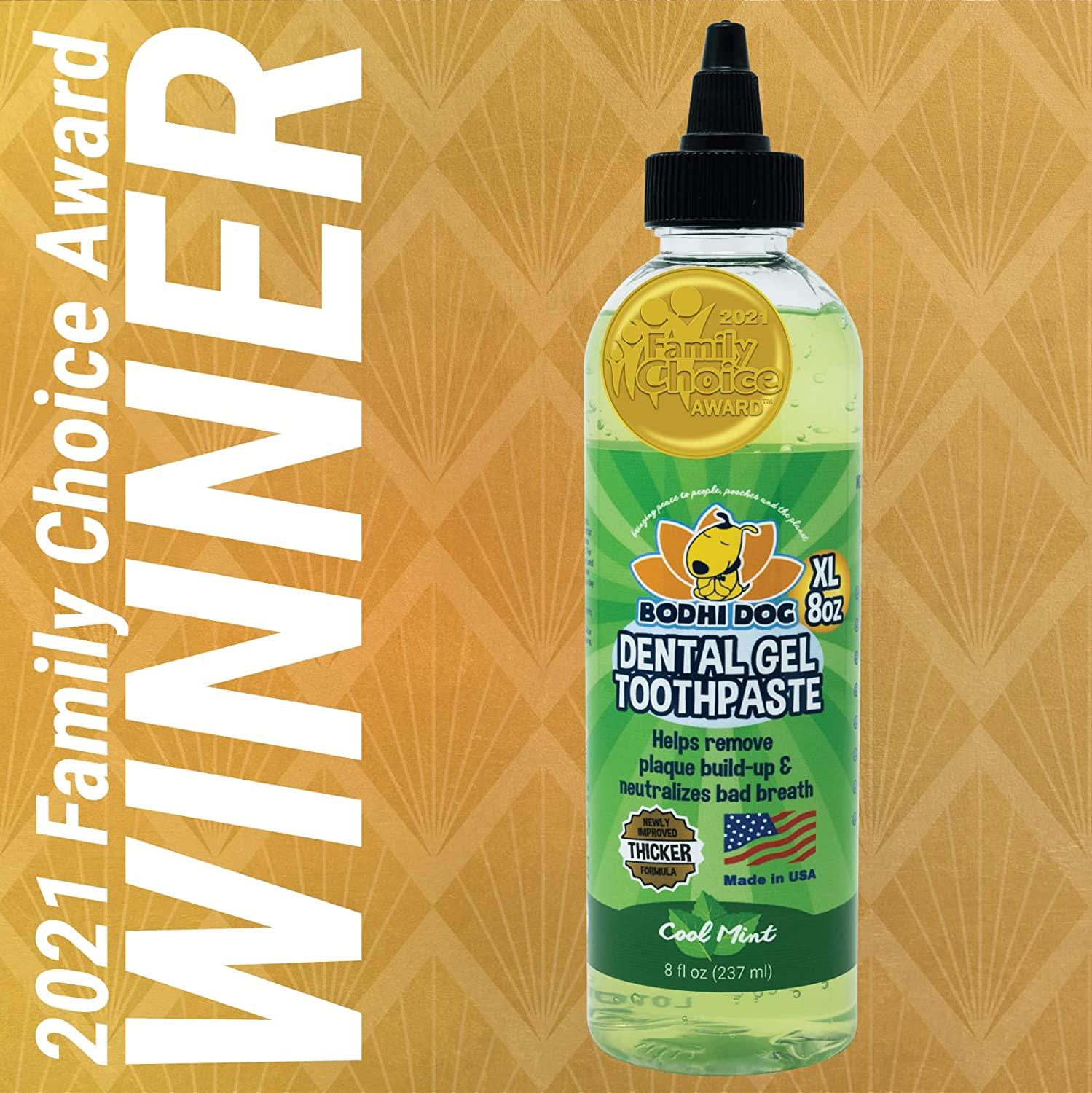 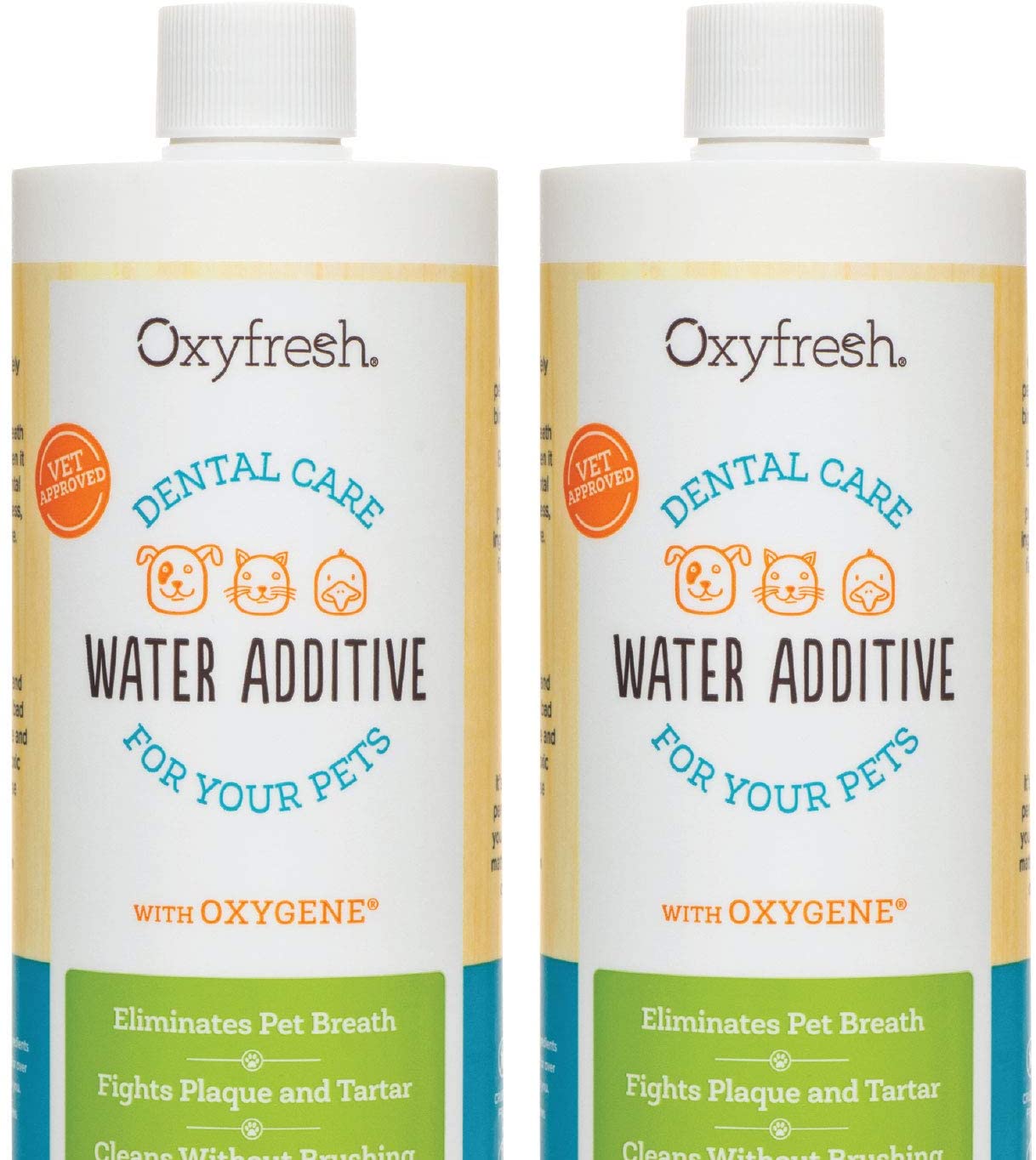 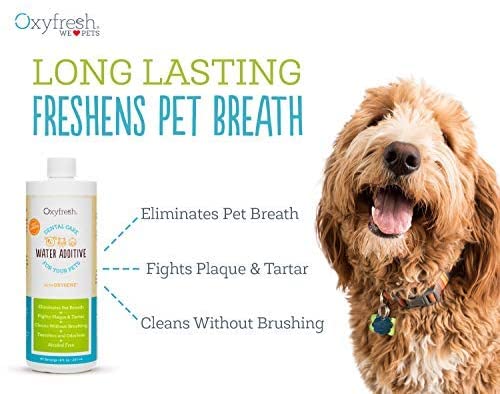 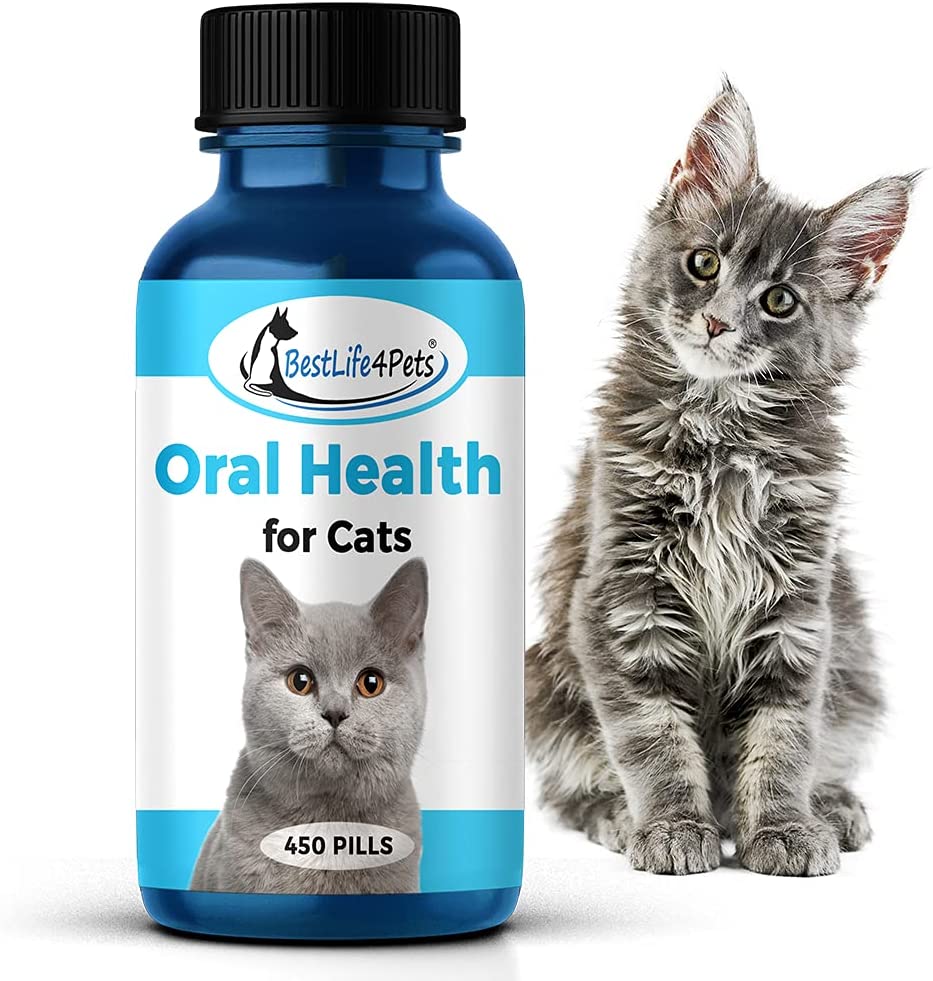 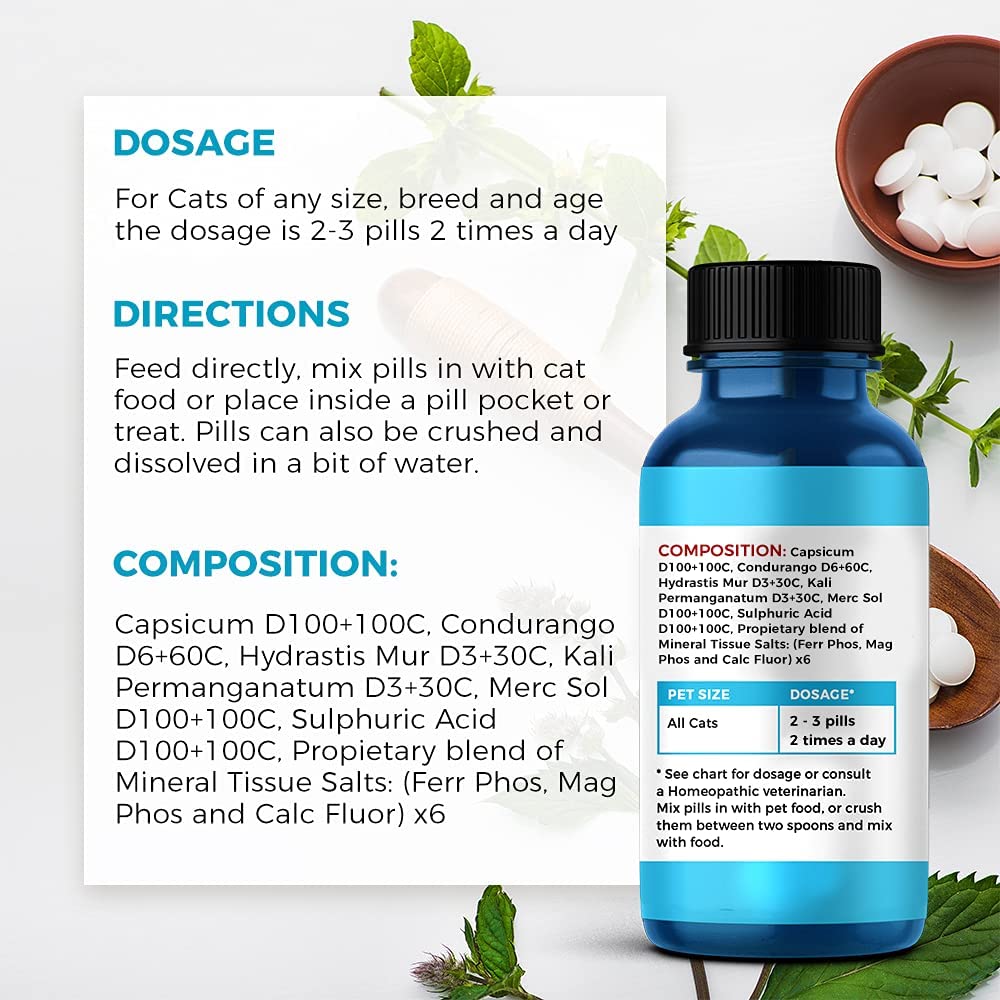 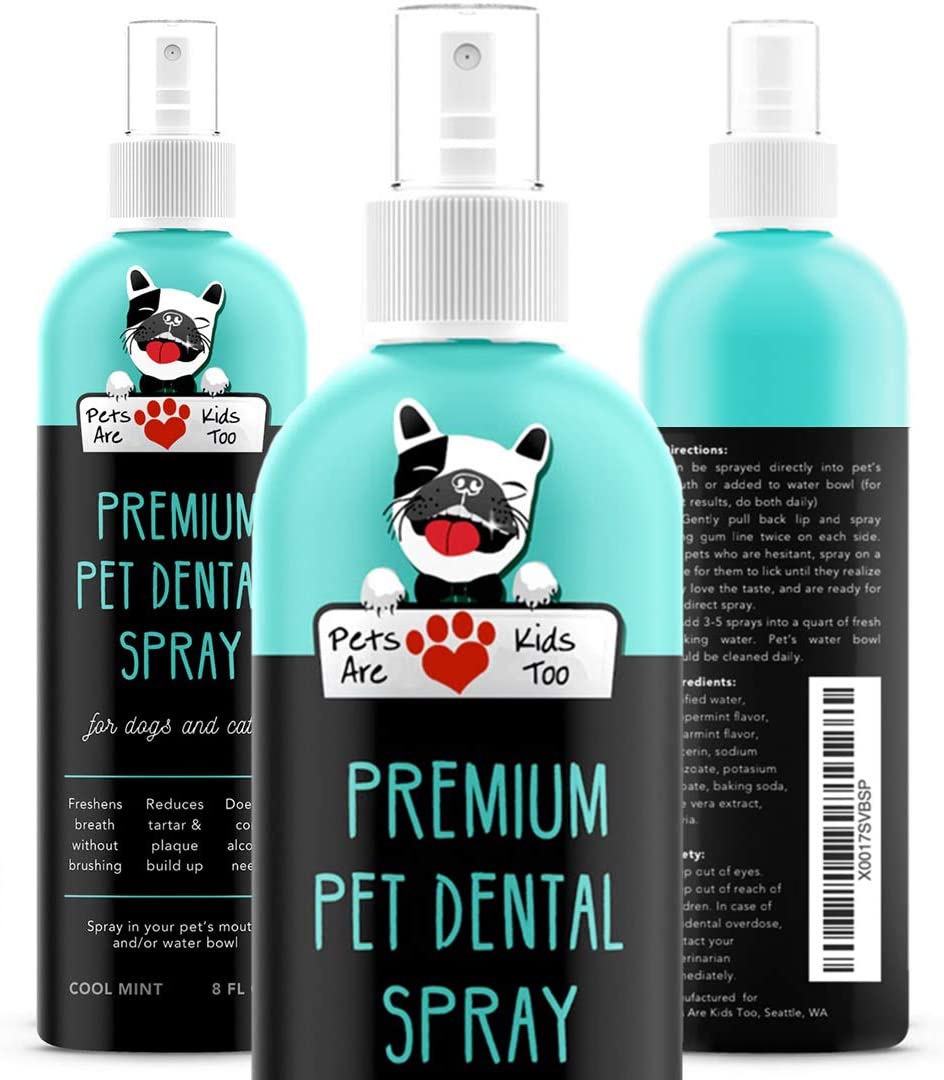 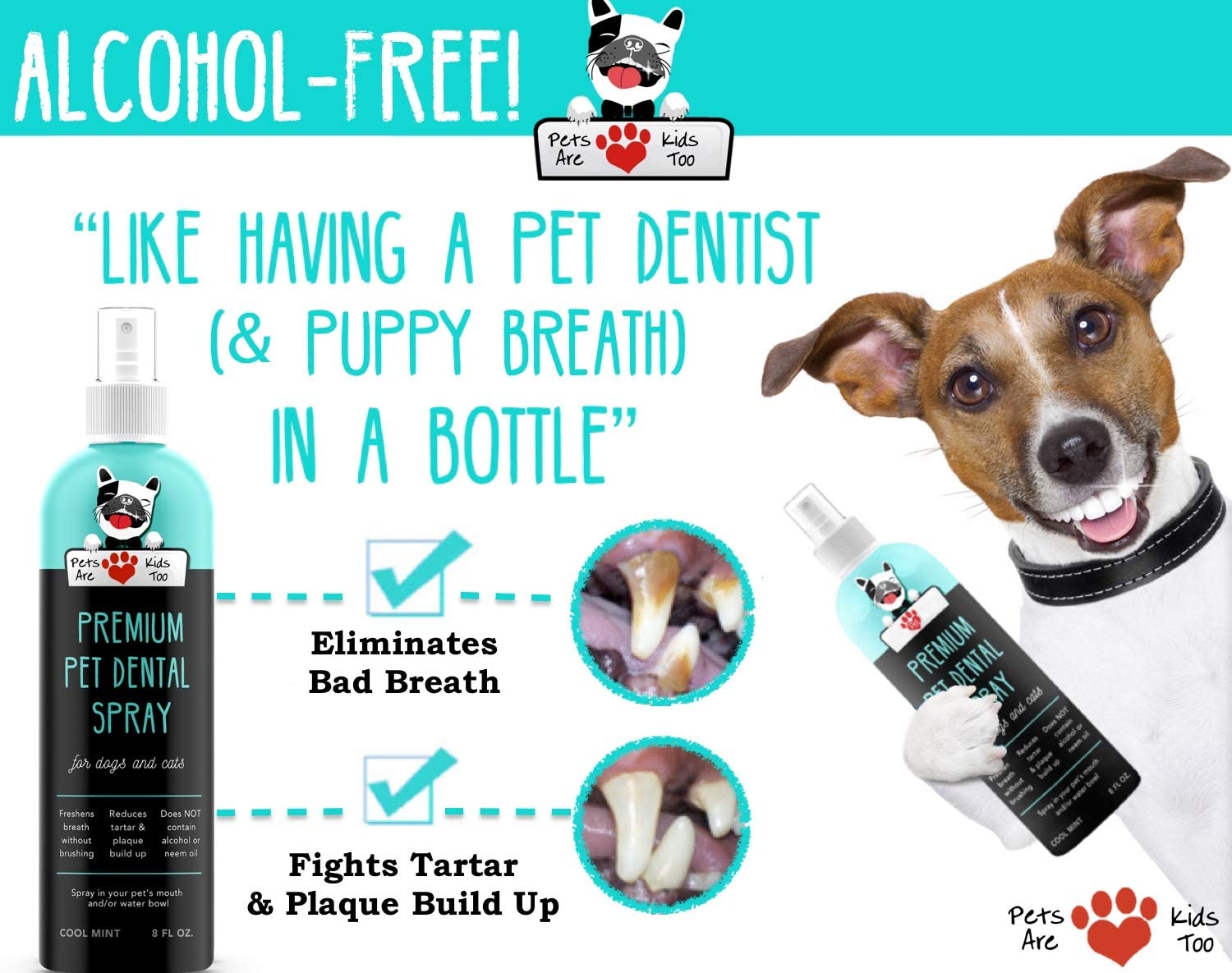